Residential rentals at the former Amato Opera on the Bowery start at $10,995 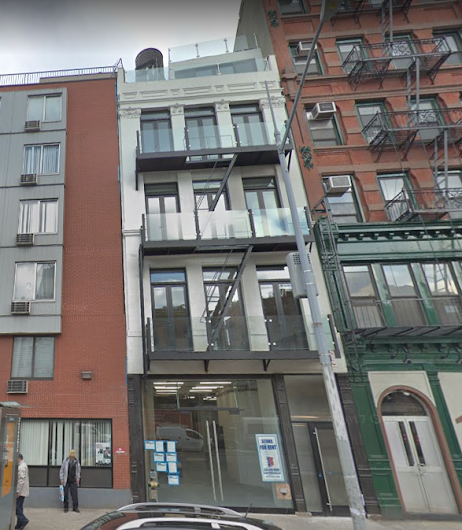 The residential conversion of the former Amato Opera House at 319 Bowery has finally reached a conclusion (the work permits arrived here in October 2014).

Listings for the three units arrived on the market yesterday, with an April 15 occupancy. Two of the apartments are going for $10,995 while the three-bedroom unit on the upper level is seeking $14,995.

Here's the description for the largest of the units, that one for $14,995:

Available for April 15th occupancy. Former Amato Opera House,jJust a short walk to the F or 6 train and close to the M9, M21, and M14 1st Avenue SelectBus Service. Steps from some of the city's best restaurants and nightlife, including Bowery Electric and Blue & Cream.

And a few photos (via Streeteasy)... 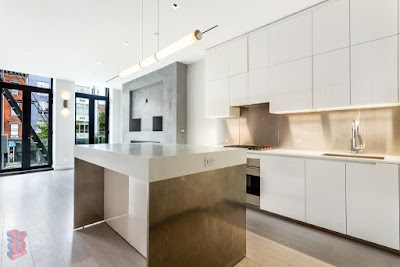 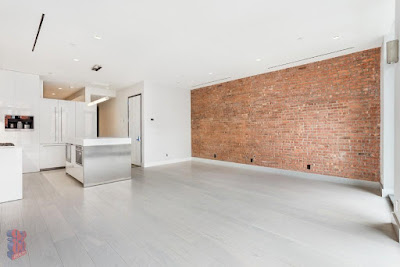 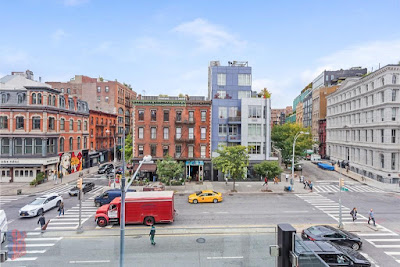 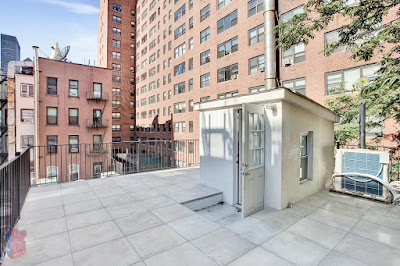 Steve Croman's 9300 Realty is the landlord here, having picked up the property between Second Street and First Street in December 2008 for $3.7 million. (Croman is currently serving a jail sentence.)

Work permits arrive at the former Amato Opera on the Bowery
Posted by Grieve at 4:30 AM

Where do rich people put their toothbrush and stuff in the
bathroom - cabinets are probably too uncool.

I'm really getting so sick to my stomach hearing about luxury apartments all the time. Will we ever get a reprieve from "built in Miele Espresso Makers" and "recessed pinpoint halogen lighting"?

Are they fucking high? This is pure greed and an atrocity to our city and neighborhood. No sane person in their right mind would do something like this. For 11k a month, I will own property. Not rent it. Does this management company believe others are that desperate, especially to live on the Bowery? No thanks. I pay 2.5 k to live in my sub standard studio in the east village and that's more than enough.

And furthermore, the place isn't that spectacular or beautiful. It never ceases to astonish me what prices will go for here. At least in LA, where I am originally from, you can get more for your buck. 11k a month will land you a gorgeous property with a garage, pool, maid's quarters, incredible views of the Hollywood Hills with several rooms. Only in New York will you find something so preposterous and unbelievable. Only in New York kids.

A Miele? Really? Those are barely adequate. Minimum you need is a Rancilio Silvia. For real class, obviously a Pavoni.

Of course if you really care about espresso, you're already going have your own machine (maybe more than one), and you're certainly not going to want some sleazy developer's built-in.

This city is going to allow homes to turn into luxury hotel rooms. Dangerous stuff

If the really small 600 - 700 sq ft faux new luxury windowless kitchen and windowless bathroom one-bedrooms rent for $5,000 it really opens up the market for actually decent sized and appointed apartments like this. Still absurd pricing. Sad days, on a block filled with north face fleeces and double parked ubers on the weekend now anyway...

Hmmmmm...let me see....live in a larger older luxury building in another neighborhood or pay the same price to live in a new luxury building whose sidewalk is a gathering place for the homeless who live in the adjacent shelters? Hmmmm.....

This type of building is nothing new. Renovate a small building with floor-thrus, charge 10,000 per floor. On 2nd Ave between 11th and 12th there are 2 buildings, I believe, that are going through that process: 180 and 178. It's about more money and less hassle for the landlord. In a small building there are usually 2, 1 bed apts. Rent about 3, 500 each. But if you combine the floor you only need 1 kitchen and 1 living room. All you have to do is add a 3rd bath. ALL ABOUT DAH MO-NAY.

Boring, ugly, stuffed between a dorm and a giant noisy intersection. You would have to pay me to live there.

perfectly located on the same block as the BRC and project renewal..

"Croman is the landlord here" RUN!! Rich or Poor...RUN AWAY!

Perhaps in the lobby they could install one of those MTA real time arrival signs so the residents here don't have to worry about just missing an M9, M14 or M21 bus!

“...and on a clear day you might even be able to see Rikers Island from the roof, the current home of your new landlord.”

That is utter bullshit. I wouldn't live here if you paid me. The prisons in Scandinavia look better than this monstrosity.


OH, HOW I MISS THE AMATO OPERA COMPANY!!!

This morning 1010 WINS had a segment on the bonuses paid to people in the financial services industry (banks, Wall Street). Of course they were talking averages. People in this industry are the tax base of the city, the larger their bonuses the more the city urges them on to whatever excesses they might want in terms of real estate deals and set asides. So the prices for these tiny apartments don't shock me. A year's rental is about the equivalent of someone's bonus. And when I think that in 1965 a teacher was making $5,200 (+ paid health care and a defined pension)!! To this we've come!!

We WISH he was in Rikers...through a sleazy payoff, he is in The Tombs Manhattan where he gets clothes, food orders, and cell phone use !!

If Croman is dwelling in the tombs, that might be the only justifiable reason to transfer inmates from Rikers to close up the island prison.

The asking prices are incomprehensible. Early April Fool's joke? Knock off at least 1/3 and MAYBE someone will be interested is my guess.