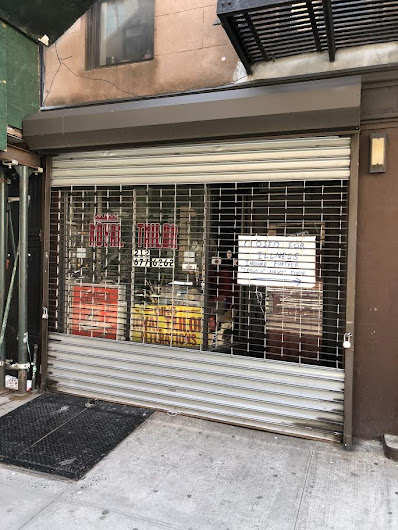 An EVG reader shared this from yesterday about the Royal Tailor Shop, owned by Gino DiGirolamo, on 11th Street between Avenue A and First Avenue...

I stopped by Gino’s on East 11th and there was a big sign on the door that the shop was closed due to illness. I stopped next door at the Ipswich Watch & Clock Shop to learn that Gino suffered a heart attack about two weeks ago and has been in critical care ever since.

People with clothes in the shop should leave their name and phone number at Ipswich so that Gino's son can contact them. 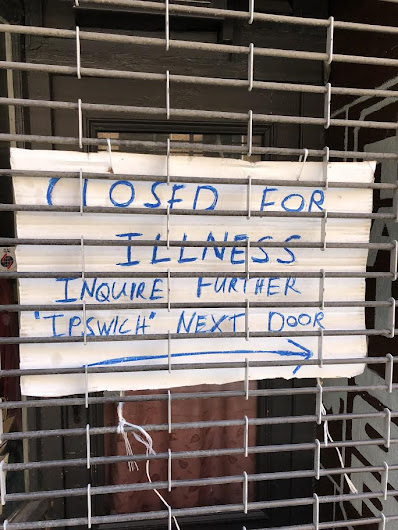 We haven't heard any updates about Gino's condition.

Gino has been working as a tailor the past 50-plus years in several locations. It looked like a rent hike at his previous space on 14th Street would force him into retirement. Thankfully, with some help, he was able to secure the 11th Street shop in 2014. 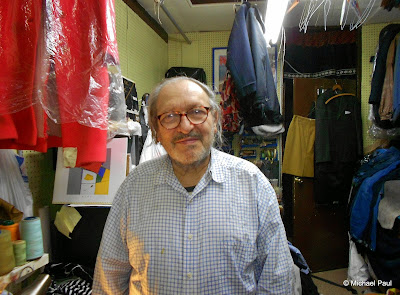 Previously on EV Grieve:
After 50 years in business, Gino DiGirolamo is closing the Royal Tailor shop

Gino's short-lived retirement
Posted by Grieve at 4:30 AM

oh no! i passed the shop the other week and was sorry to see someone was ill but i was hoping it was just the flu! get well, gino!

Wishing you a speedy recovery, Gino!

I pray for a speedy recovery!

It warms my heart that my documentation of our neighborhood can be shared. Get well soon Gino.

My SIncerest condolences to Gino's family and friends. Gino was the most Sweetest and the most Kindest man Ive known. He loved speaking of his homeland Italy and boast of his travels and people he had met along the way. His passion for clothes started at a very young age and he never stopped loving what he did best. May He rest in peace. Love you Gino!
-Alma P.
East VIllage, NYC