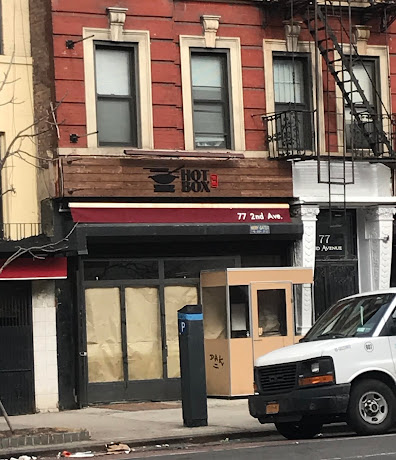 An EVG reader shared this photo, noting that the signage has arrived for Hot Box at 77 Second Ave.

There's a website for the restaurant that states: "The finest soup noodles in NYC." The site remains under construction — as does the space here between Fourth Street and Fifth Street.

Ciala, which briefly served Georgian cuisine before switching to French food, had an inauspicious five-month tenure at the address. Before Ciala, Ballaro had a seven-year run, closing in February 2016.
Posted by Grieve at 4:13 AM