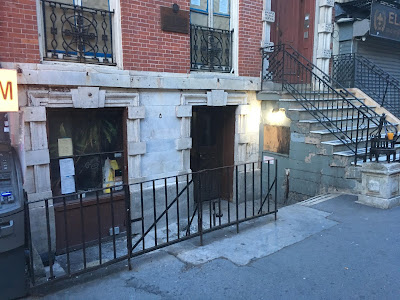 This past weekend someone removed the handpainted Grassroots Tavern sign from here at 20 St. Mark's Place between Second Avenue and Third Avenue... 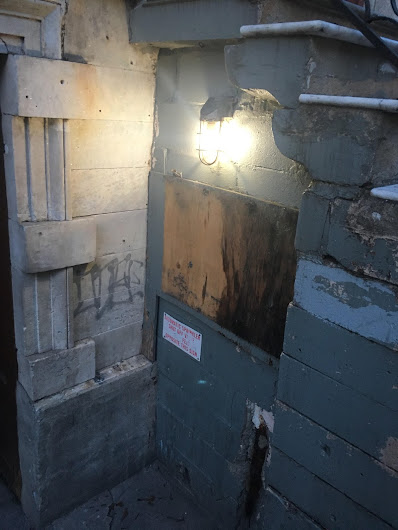 Kind of surprised no one tried to take it earlier (it was bolted into the wall pretty well). The bar closed after 42 years on New Year's Eve.

As previously reported, the new owner of the bar is Richard Precious, who operates the mini chain of Irish-style pubs called The Ginger Man (including the one on 36th Street).

To date, not much has been made public about his plans for the space. In addition, not much has happened inside the space (aside from some minor clean up and keg removal). An EVG tipster recently found the door open, and ventured inside. 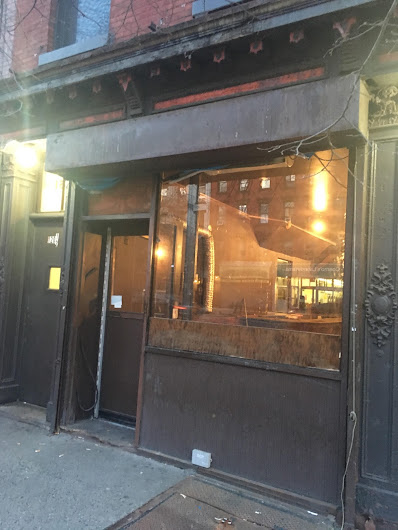 According to one former employee, a bubble tea shop is moving in. Now this has not been confirmed ... and could merely be a sarcastic (yet seemingly probable) response ... 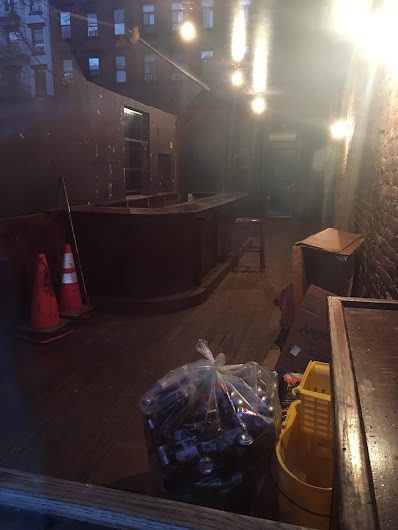 The latest iteration of the International Bar closed this past Thanksgiving. (Non-renewal of lease, via landlord Steve Croman.) The bar merged with its sister saloon, the Coal Yard, one block to the south between Seventh Street and Sixth Street.