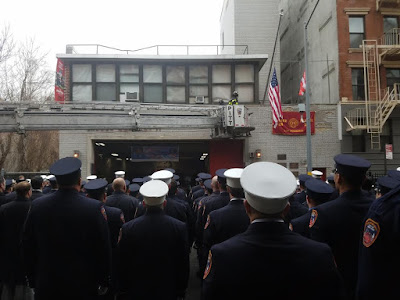 The FDNY and NYU are hosting a Celebration of Life today in remembrance of FDNY fire marshal and U.S. Air Force Major Christopher "Tripp" Zanetis, who died in a military helicopter crash in Iraq on March 15.

Zanetis, 37, was on leave from the department, where he had been a marshal in the Bureau of Fire Investigation.

After graduating from NYU, he was appointed as a firefighter in 2004, and was assigned to Engine Company 28, Ladder 11 on Second Street between Avenue B and Avenue C. Zanetis was promoted to fire marshal in 2013.

Yesterday, the FDNY turned out to honor Zanetis on Second Street... 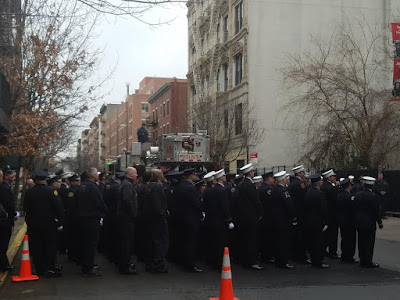 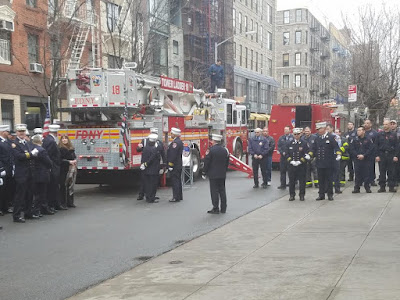 Thanks to EVG reader Victoria L from Second Street for the photos.

EVG reader Karen shared these photos of the FDNY procession from Engine Company 28... 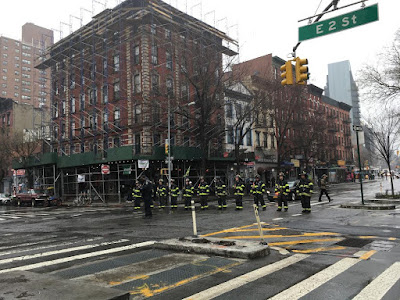 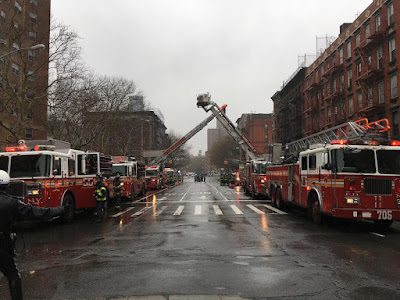 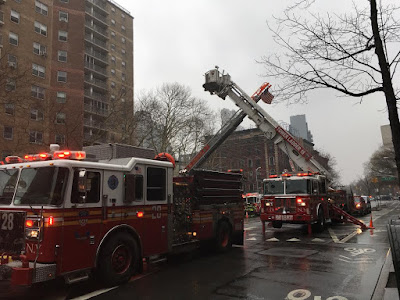 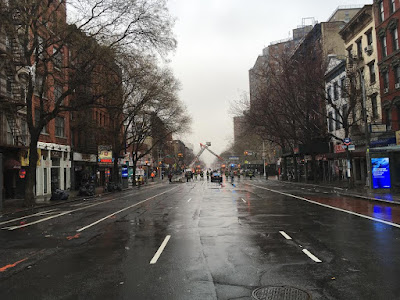 Thank you, sir, for your dedication to protecting the city and its denizens. God bless you, rest in peace, and sincere condolences to your family and friends, who will live with your loss forever.

So sad. Condolences to his family.This is a great loss to the community.

If this is the same procession that went up First Ave this morning, it was extremely emotional. My condolences to FDNY, they are real heroes.