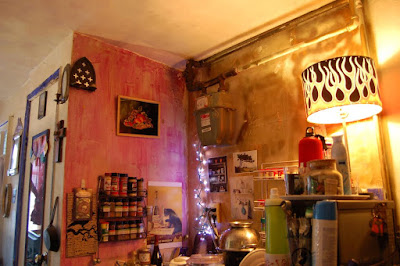 ‪I moved to Brooklyn in 1985 with a woman I knew from Northampton. We lived in what was then called Prospect Heights Vicinity — Saint Mark's between Vanderbilt and Underhill. It was Crack Central. The train stopped at Atlantic after midnight and we had to walk from Atlantic up — it was pretty scary.

A few years later, another friend moved from Northampton to the Chelsea Hotel. Her roommate lasted one day so she asked me and I moved in. Later we moved to a two-story place on 13th Street. We lived on 9th Street between B and C during the Tompkins Square Riots. I used to cut through the Park to get to the subway to get to work. And then I had to walk all the way around and there were all these "undercover" cops hassling everyone who lived in the neighborhood.

I loved the East Village though. I guess I never really thought about living other places. I worked in the music industry and was also in the music scene so it was the best place to live.

‪How did you find your apartment?

‪The roommate I had been living with was moving in with her boyfriend. They were moving to 5th Street above where Three of Cups is now — it used to be an Indian restaurant. So I had to get my own place.

There was a broker — I forgot her name but they called her the "rock-n-roll" broker. She had this weird storefront on 13th Street. It was an apartment that wasn't really an apartment. It was just a card table and I thought "this is a scam." But it wasn't. She didn't really seem to care that I had a good job. She helped out all of the people who were either musicians or worked in the music industry. None of us had good credit.

She showed me this place and it was so far up, the fifth floor. The things that she pointed out that were good were that "you’re on the top floor, it’s the roof, so nobody lives above you." That's great now, when I first moved in it wasn't. The door to the roof wasn't alarmed and at 4 in the morning people would come running across the roof and the cops would chase them and yell, “stay in your apartment!” That doesn't happen any more.

Part of the reason I took this apartment was because it was close to my old roommate and everyone I knew lived in this area. Also it was 500 bucks a month. I did have to pay a broker’s fee, though.

Also for my job, I had to go to rock shows at CBGB and what is now Webster Hall. I really liked that I could come home after work, go to sleep and then wake up at 11 and go to the show. It was convenient. And that's still what I really love — that it's super convenient.

I had surgery last year and couldn’t get around very well. Which is a drag, but it was helpful that I was so central and friends could come by easily. If I lived out in Queens it would have been impossible.

I have lived here for so long. I'm really used to not having a car, not taking the subway. I walk to and from work. I really get annoyed with people who say, “oh, the East Village is dead.” I still know a lot of my neighbors. A lot of people have stayed in this building. And yeah there are twentysomethings but think about what we were doing when we were in our 20s.

About five years ago I had one of those pedestrian accidents. I got hit. But it was the first time a lot of my friends had come to my apartment, because it‘s on the 5th floor. It’s a commitment. I’ve had bands stay here. I had a single bed here and a bookcase. The room that's the bedroom now was pretty much empty because the guy who lived on the other side of that wall made so much noise that I couldn’t sleep in that room but the bands could sleep there. 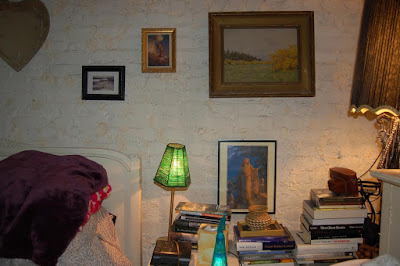 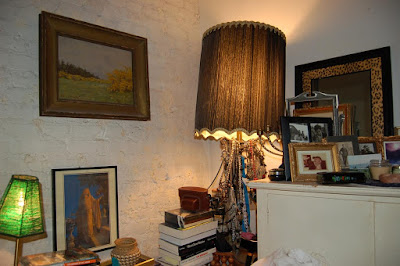 ‪What do you love about your apartment?

‪I watch the tiny house shows. I am so amazed at what people expect from their space. You want a dishwasher? Are you insane? I am a dishwasher. My friend and I went to Cape May this past weekend and I was so excited that not only was there major counter space where I could cook but there was also a washer and dryer right in the kitchen. I did an entire load of laundry while I was there. It was so great. It really shifts you away from that idea of what is necessary in a home. A lot of Americans have these grandiose ideas of how much space you need.

One of the things that I love about my apartment is that living in a place this small changes your awareness to space and what is needed and what is necessary. I have a storage space that I’ve had for decades. I have tons and tons of books. I’ve been in graduate school forever and I’m a reader and a reviewer. I sacrificed two of my bookcases to be my kitchen when I became a grown up and had to have dishes and spices and things.

One bookcase is all pasta and tea and it used to be just books. Some things have changed for the better — I like that the neighborhood is quieter now. They fixed the roof — it used to leak a lot. This apartment is really quiet, because it faces the courtyard, there’s no street noise. It’s very cozy.

I also like how easy it is to clean — cleaning a space like this, you can never really get it clean, but I have two trashcans for the whole place, and they’re small. I do my dishes all the time because I have nowhere to put them. I don’t have cabinets. Stuff is stored in bins so it’s not that easy to get to. I use a lot of plastic bins and I don’t love them but I don’t have cupboards. Living in a place like this makes you prioritize your stuff and it is so much easier to clean. 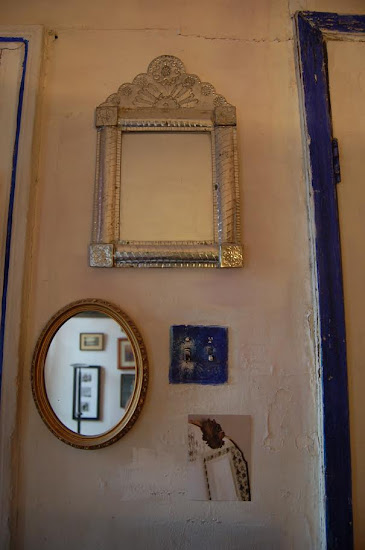 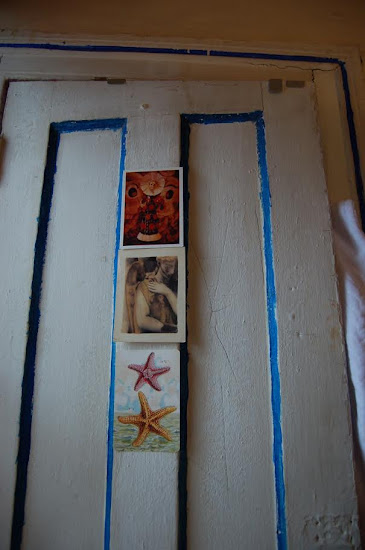 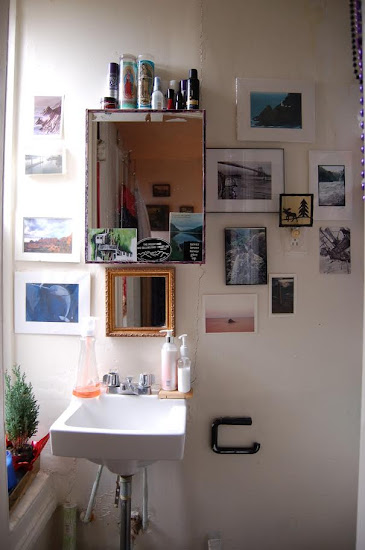 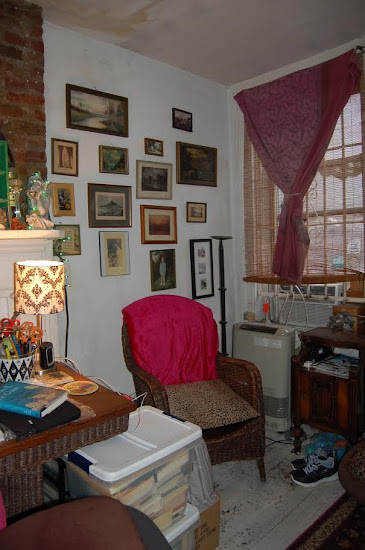 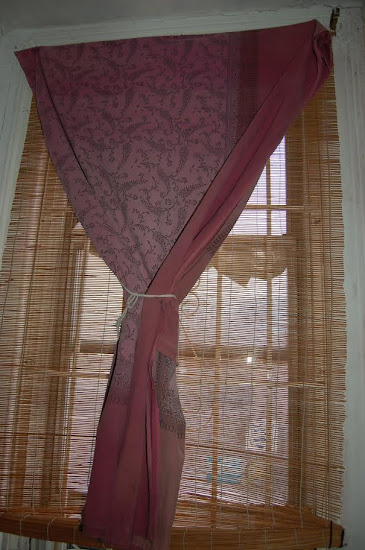 If you're interested in inviting Susan in to photograph your apartment for an upcoming post, then you may contact her via this email.
Posted by Grieve at 8:20 AM

I remember that broker
The rock and roll broker
what the hell was her name??
And she could be a little bit scammy. She asked me for like $100 but found me a deal on 13th and 1st
$375 a month 1 bedroom!!!!

I really get annoyed with people who say, “oh, the East Village is dead.” I still know a lot of my neighbors. A lot of people have stayed in this building. And yeah there are twentysomethings but think about what we were doing when we were in our 20s.

I like reading these stories since it gives a sliver of hope that you can still survive in this city, even though rent-stabilization is close to extinction, but a lot of people need that extra space and a lot of the new towers apartments affordable and market units are ridiculously small. Hopefully, a lot of shady realtors won't take this post and use it to sell closets for habitation.

Wasn't the rock and roll broker killed by someone?

Keep hopin'…and in the meantime, do the math!

When I was a freshman in college, I shared a studio with an NYU theater major, whose boyfriend lived up in Yorkville with a bunch of other NYU guys.

"We even have a dishwasher," he said.

"Really? Who is it?" I said automatically. [ba-dum bum]