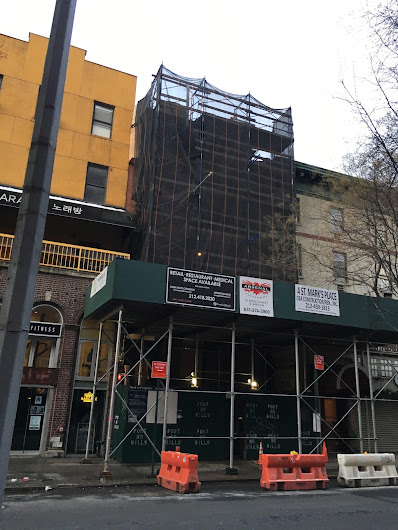 A new for lease sign for retail-restaurant-medical space is up at the under-renovation 4 St. Mark's Place... Here are the details via the listing:

History:
The space was previously occupied by Trash and Vaudeville ... and has historically been an epicenter of counterculture, bohemia and rock-and-roll. This landmark building is now being gut renovated, modernized and fully restored.

Last month, it was reported that Wanyoo, a Shanghai-based cyber cafe chain, had signed a 20-year lease for the two-level retail space at this address between Second Avenue and Third Avenue.

The new listing — via a different broker who was showing the space previously — is for the parlor level. Perhaps the cyber cafe is just taking the lower level? (I reached out to the brokers to learn more about the status of the space.) 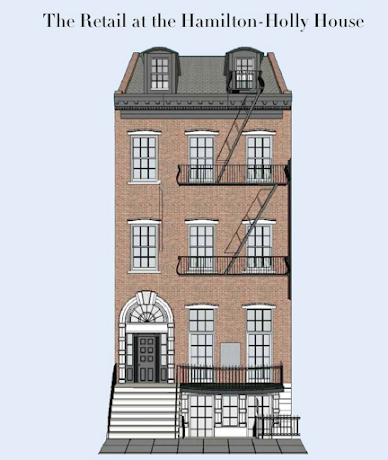 The landmarked Hamilton-Holly House, built in 1831, was once owned by Alexander Hamilton’s son. The building changed hands for $10 million in the spring of 2016 for $10 million.