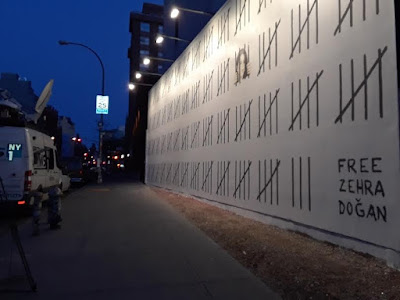 A NY1 crew was on East Houston and the Bowery early this morning for a segment on Banksy's new mural, a protest over the incarceration of Turkish-Kurdish painter and journalist Zehra Doğan. The black hash marks on the wall apparently represent the number of days that Doğan has spent in prison... 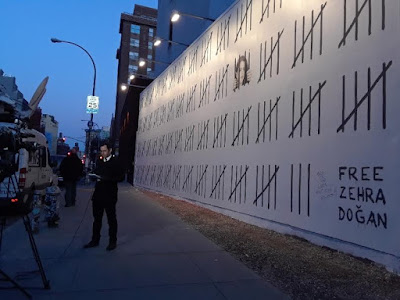 Meanwhile, someone added his or her own message... about the March for Our Lives rally on March 24 ... 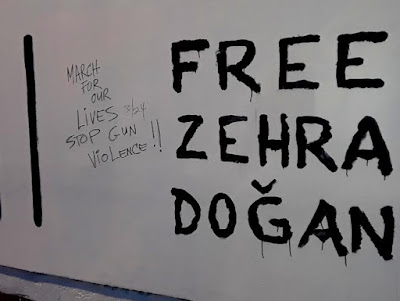 The person who added this message sent an email, saying there are issues closer to home that need attention. "I did it because it's such a big wall, and there's room for an American statement."
Posted by Grieve at 8:18 AM