Haveli-Banjara has not been open lately on 2nd Avenue 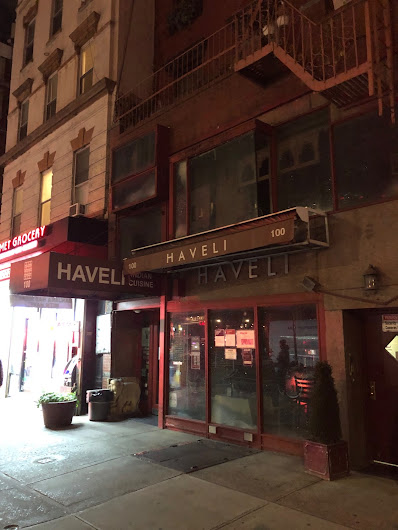 A tipster told us that they are closed for good. A "Sorry we are closed today" sign has been on the front door here between Fifth Street and Sixth Street. (This is one of those inconclusive, vague-yet-specific signs that provides hope that the place isn't actually done for, like they might be back open tomorrow...) 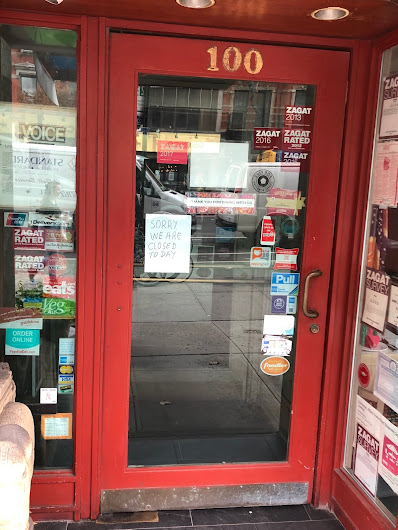 In any event, there's no other message on the restaurant's website about a temporary or permanent closure. The phone goes unanswered.

In November 2017, the staff told patrons that they would be closing in early 2018, with the hopes of finding another location nearby. However, that obviously never happened.

One EVG source said that the previous landlord died. The building has been on the market since September 2017. The current asking price is $7.2 million, down from an original price of $8.6 million.

Haveli is/was the oldest Indian restaurant in the East Village (that is/was STILL in business), opening in 1987. Banjara moved in here in November 2013.

Previously on EV Grieve:
Haveli Banjara Indian Restaurant said to be closing and relocating early next year
Posted by Grieve at 4:28 AM

Their business has been slow. I would often go in for take-out and there were very few occupied tables while the other restaurants on the block were packed. So sad. Their food is excellent. Another EV staple bites the dust?

Greedy landlord! The fact that the asking price of the building has gone down (though it's still obscene) tells you all you need to know about how tenants (residential & retail) will get treated.

The last time I was there the manager told me they had solved the problem because they had signed a new lease. This is too bad, this was one of the most comfortable places to eat Indian food around. In recent years they were never very busy, and the balcony area, which in the olden days was full every evening on the weekends, was always closed. Mitali was the other nice Indian restaurant on the block, so after they closed a few years ago Haveli was the last of the quality Indian places left standing. Indian row used to be packed with college students, but no more. They will be missed.

I'm sorry, but, "Haveli is/was the oldest Indian restaurant in the East Village, opening in 1987"??

There was a whole street of Indian restaurants before 1987. Pretty sure Royal was already there, for example. Haveli had different food than most of the others (majority Punjab), but, they were NOT the first.

And, this is terrible news. I really like that place.