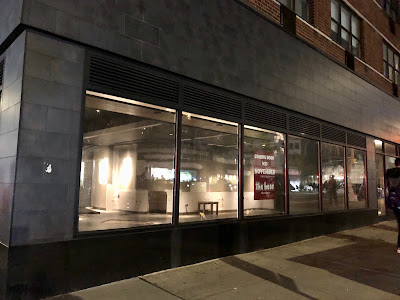 The Bean is continuing its local expansion... signage is up on the northwest corner of Broadway and Ninth Street for another outpost of the coffee shop... 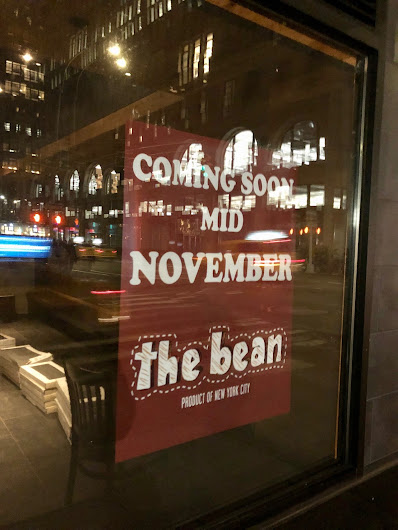 This is a bit of a role reversal too, as a local cafe takes over a space previously held by a Starbucks.

The Starbucks stopped here back in January ... after a conversion from the Starbucks-owned Teavana in 2016. (This corner space previously housed Silver Spurs, the diner that closed in December 2013 after 34 years in business.)

In the fall of 2011, Starbucks moved into the the Bean's flagship cafe at First Avenue and Third Street. The Bean had been on a month-to-month lease there, and the landlord gave them a 30-day notice to leave late in August 2011. 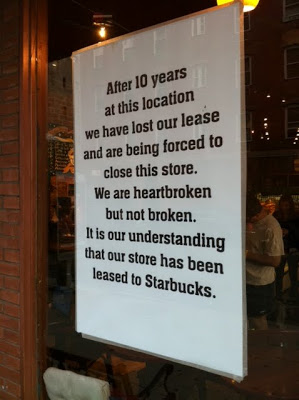 As for the Bean, they opened a new location at 31 Third Ave. at Stuyvesant Street (the former St. Mark's Bookshop) in 2017.

Per the comments, the Bean is relocating here from the 12th Street and Broadway location... 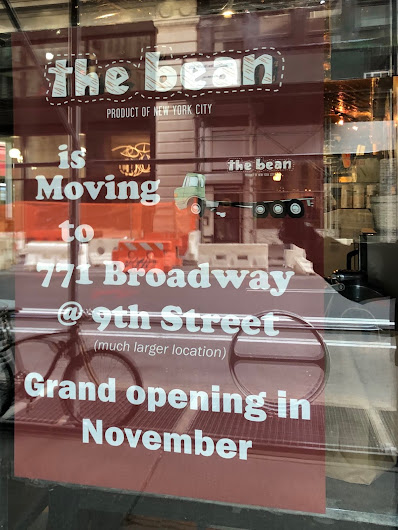 Previously on EV Grieve:
Today's sign of the apocalypse: Starbucks taking over The Bean's space on First Avenue and Third Street
Posted by Grieve at 4:20 AM

Email ThisBlogThis!Share to TwitterShare to FacebookShare to Pinterest
Labels: Starbucks, the Bean

BEST managed (encompasses so many variables) coffee shop in the east village---coffee is consistently good :)

Is the location at 12th and Broadway staying? Seems kind of close for a second spot, especially with 9th and 3rd ave two blocks over as well.

I consider this revenge for the Starbucks that took the Bean space on 1st Ave & 3rd. Well done.

I asked the Bean's ownership about the 12th and BW location. I haven't heard back just yet.

The one on 12 and Broadway is closing. There is a sign in the window.

12th & B'way is closing? Oh phooey - they are the closest to me. And The Bean is everything Starbucks isn't!