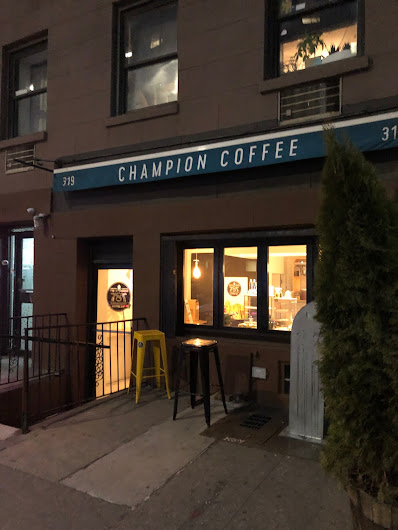 787 Coffee has opened another location in the East Village — 319 E. 14th St. between First Avenue and Second Avenue... in the space previously leased by Champion Coffee, who never reopened here after the PAUSE went into effect last March. (And the Champion signage remains up for the moment.)
Friday was there first day in business here. (Thanks to Pinch for the tip and photos!)
This is the third East Village outpost for 787, which grows and roasts their coffee in Puerto Rico... overall, 787 has eight NYC stores and one in Puerto Rico... 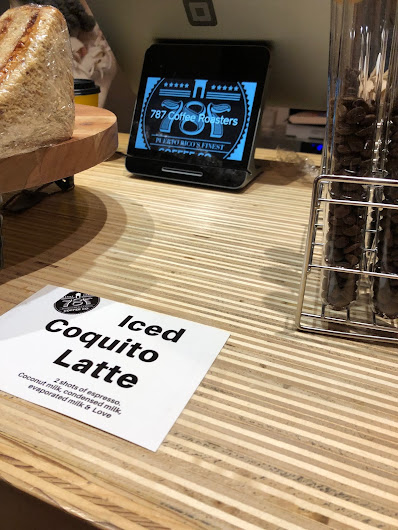 Coquito Latte? I'm there, once it gats a little warmer!

Ah, thought this might be the area code of Puerto Rico and sure enough!

Their coffee is worth the dollars! Im so glad they are even closer than 7th street!!