ICYMI: Arts and entertainment venues can reopen starting on April 2 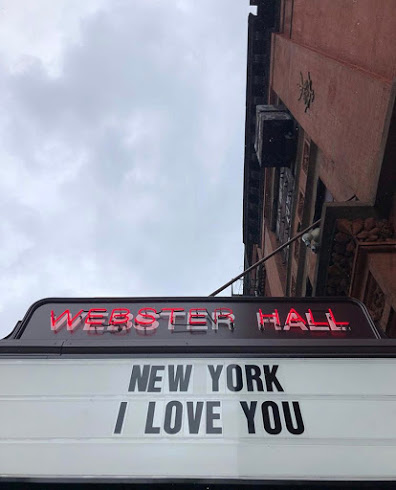 ICYMI: On Wednesday, Gov. Andrew Cuomo announced that arts and entertainment venues can reopen at 33 percent capacity, with a maximum of up to 100 people indoors and 200 outdoors starting on April 2.
And those numbers can go higher — up to 150 people indoors — if the venue offers a rapid COVID-19 test on entry.
Either way, all attendees must wear masks and be socially distanced.
Despite the positive step forward after a year-long closure, some venues said they would not be reopening just yet.
From Gothamist:

"Obviously any news about a path forward, even a limited capacity one, is great considering where we were just over a month ago," said Dennis Dennehy, spokesperson for AEG Presents and Bowery Presents, which manages bookings at Forest Hills Stadium, Terminal 5, Webster Hall, Brooklyn Steel, Music Hall of Williamsburg and more. "That said, we remain focused as of right now on fully reopening when we can do shows at 100% capacity. It just doesn’t make sense for us to do anything with limited capacity."
While he left open the possibility that some individual artists might decide to eat their losses to do a couple of one-off shows at big venues, he said it ultimately wasn't efficient for them to be back until they can play to full houses.

Michael Swier, the owner of the Bowery Ballroom and Mercury Lounge, two of New York's best-known rock clubs, said that the state's order that venues require social distancing and mask-wearing means that the true capacity at many spaces may be much lower.

"Given that social distancing is still part of the metric, it brings us back down to an approximate 20 percent capacity, which is untenable," Mr. Swier said.

Agree - who wants to see an over priced band when you have to wear a mask and can't hang with your friends... lame

I'm so NOT missing Webster Hall! No loud and/or drunken louts yelling outside my building in the middle of the night, as they try to remember where they parked their car.

Sorry, Webster Hall, but we actually don't miss you at all, or any business which cannot operate without attracting huge crowds. Remember the night that Kanye West announced he was showing up at Webster Hall for a surprise concert, and the absolute mayhem that broke out in the streets? I’ve seen too many examples over the years of bad crowd control to give them any sympathy. They has been one of the least responsible operators in the EV when it comes to quality of life for their neighbors. And how is The Moxy Bro-tel doing across the street doing these days? It’s been pretty quiet in there too. A year from now, when the mayhem returns along with SantaCon, we will miss these quiet nights.

there are pretty quiet nights and no lines in the burbs

I do find it offensive when commentators express their views in the plural as though their individual views are expressing the views of the EV community as a whole when they do not. I for one do miss live music and the venues they play in as I am sure many others do.