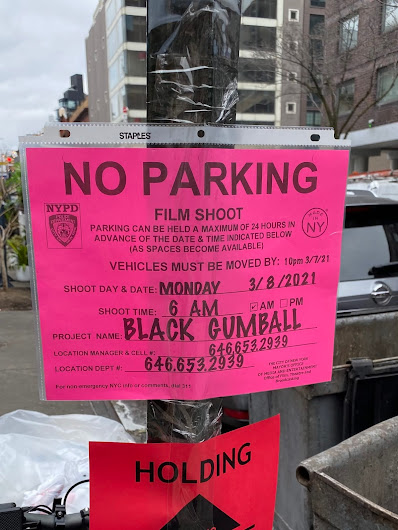 Updated: Ah! This is apparently for season 2 of "Russian Doll."
A new scripted TV series called "Black Gumball" will be filming around the East Village over the next three days... we've seen film notices on Third Avenue for Monday (thanks Steven!) ... parts of Avenue A and side streets on Tuesday... 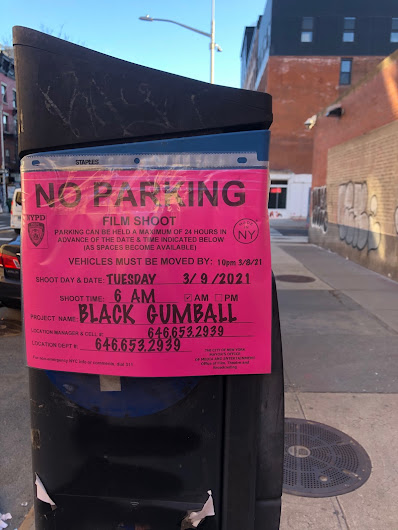 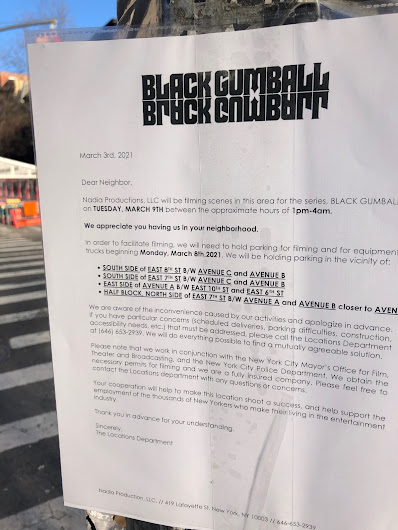 ... and along East Houston on Wednesday... 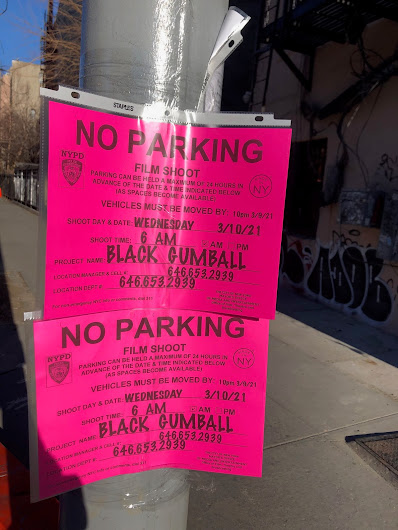 Some of the extras casting notices have been making the rounds for scenes set in the 1980s (not sure at the moment the premise of the series) ... there's a call for break dancers:

Email ThisBlogThis!Share to TwitterShare to FacebookShare to Pinterest
Labels: Black Gumball, filming in the East Village

I was self taught the moonwalk via MTV in the 1980s. Is there an age limit?

Anyone who actually did break dancing in the 80’s is too old today to “break dance” fearing they will actually break something.

I think everyone I know applied for the punk BG parts haha. If I still did extra work I would be there too.