[Updated] Irving Plaza has an announcement to make today 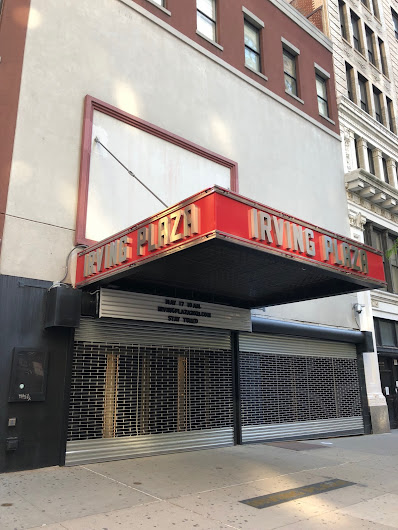 The recently renovated Irving Plaza is announcing something this morning at 10... likely reopening plans for the venue here on Irving Place at 15th Street... (Updated: They announced 41 shows starting in August.) 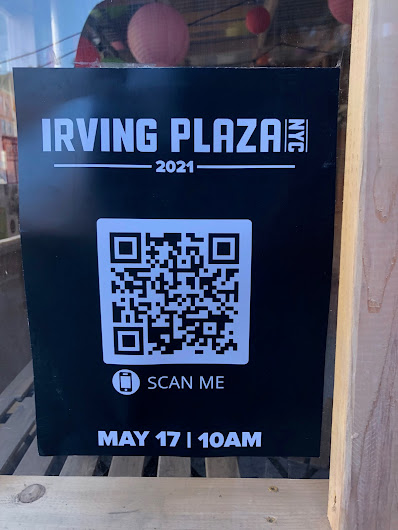 The 1,200-capacity music venue closed back in July 2019 for what was to be an eight-month rehab, which ended up putting the potential reopening right at the start of the pandemic PAUSE in March 2020.
As for the renovations, here's what Pollstar reported:

Improvements at the 150-year-old Union Square building will include revamps of the lobby area and the music hall, new bars on all levels of the venue, a new downstairs VIP lounge, and the remodeling of the mezzanine including a new box-seating section configuration located on the mezzanine.

The venue has been in use for concerts for the past 41 years. The Polish Army Veterans of America have owned the building since 1948. Here's more history via the Irving Plaza website:

Originally, the building was four separate brownstones, which were eventually combined into a hotel in the 1870s. In 1927, the building was gutted and turned into a ballroom-style theater and christened Irving Plaza.
Over the next few decades, Irving Plaza would serve as a union meeting house, a performance space for folk dance troupes, and a Polish Army Veteran community center, as well as a venue for the Peoples Songs Hootenannies with Pete Seeger and Woody Guthrie.

In 1978, Irving Plaza was converted into a rock music concert hall, where EVG once saw Dogstar for some reason.

In late 2017, Michael Swier, co-owner of Bowery Ballroom and Mercury Lounge and an original founder of the Bowery Presents, and Live Nation Entertainment created promotions and booking venture called Mercury East Presents.  Their combined venues include the Mercury Lounge, Bowery Ballroom, Irving Plaza, Gramercy Theatre and Warsaw. The other facilities already have shows books in the months ahead.

Previously on EV Grieve:
Irving Plaza is now closed for renovations
Posted by Grieve at 4:50 AM

In the good/ bad old days you could bribe the doorman with a couple of joints to get in, or
simply take an ink marking pen and copy the entry stamp on to your wrist.


Just jump over "Club 57 at Irving Plaza"?
The B-52s, Talking Heads, The Buzzcocks, The Cramps, The Ramones, Siouxsie and the Banshees,
Psychedelic Furs, Echo & the Bunnymen, Bauhaus. All of the EV "No Wave" bands?
Really?

It's 40 shows over the next 12 months, and mostly unimportant ones really, few are okay. The real booking everywhere hasn't started yet.

And I know who you're talking about at the door (key word Sopranos...)

we went to the final show with robert gordon and a bunch of garage rocker bands. it was a lot of fun. geesh who knew then it would be closed so long.