A bike ride for a safer Avenue B-Clinton Street 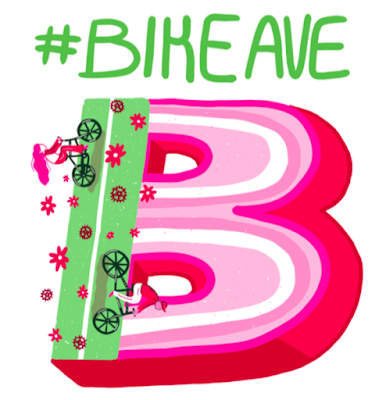 Some local residents are coming together tomorrow (Monday!) morning to rally for a Safer Avenue B/Clinton Street for cyclists and pedestrians.
As bike advocates have noted, too many vehicles are speeding on Clinton Street and blocking the bike lane.
Here are details about tomorrow via the EVG inbox... (and local City Councilmember Carlina Rivera is said to be joining the ride)...

Monday, May 24 at 7:30 a.m. Clinton Street and Grand Street, southwest corner next to the Citi Bike station. We'll ride up north on Clinton Street and continue on Avenue B. Stop in front of Councilmember Carlina Rivera's office on Fourth Street for a few words and then continue to the schools in time for the 8:30 a.m. start time Wear yellow shirts so we are visible. (School spirit shirts preferable.)

Advocates had previously asked for protected bike lanes on Avenue B.
In late April, City Council voted on the bill that Rivera introduced to make the Open Streets program permanent. (Mayor de Blasio later signed off on it.)
Avenue B between Sixth Street and 14th Street is part of the Open Streets program, hosted locally by the Loisaida Open Streets Community Coalition.
Posted by Grieve at 9:30 AM

Email ThisBlogThis!Share to TwitterShare to FacebookShare to Pinterest
Labels: Avenue B, bike lanes

For the person who asked: I did not create the art with this post. It was submitted with the information on the ride. I do not have the creator's name.

The activists need to understand this is a major and fully active city, you cannot expect to have a perfect untouchable little lane on every street, it's getting ridiculous... and I'm someone who rides a bike almost everyday! You have to be reasonable and practical. Vehicles need the side of the road and if you can't handle sharing the road, riding in a major city with so many things going on doesn't make sense, in many circumstances.