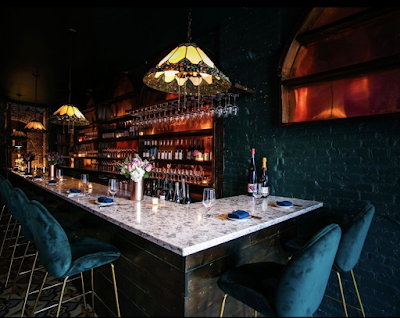 Soda Club, the latest vegan concept from Ravi DeRossi's Overthrow Hospitality, is now open at 155 Avenue B between Ninth Street and 10th Street. (First reported here.)
The restaurant is serving plant-based Italian cuisine and a large selection of natural and organic wines. You can check out the menu here.
Soda Club is open Wednesday through Sunday from 5 p.m. to midnight. For now, they're only taking walk-ins.
The previous tenant at No. 155, Donostia, the wine-and-tapas bar, closed in November 2018 after five years in business.
This is the third new East Village from DeRossi this year... joining Cadence on Seventh Street and Etérea on Fifth Street.
Photo by @ericmedsker via @sodaclubnyc 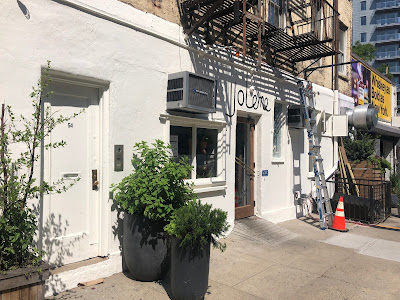 At 54 Great Jones St., restaurateur Gabriel Stulman has changed up concepts for The Jones, his all-day cafe that opened in August 2019 just west of the Bowery.
Starting today, the space is Jolene, which takes its name from Dolly Parton's song.
Here's more:

Inspired by the utterly charming Cafe de Flore in Paris...  Stulman has transformed The Jones into a new classic American bistro, cafe, and bar with partner and executive chef James McDuffee ... That means an extensive wine list, clutch cappuccinos, snackable bites like a "Della" tea sandwich, and satisfying mains like chopped steak frites.

Will update with the hours later. No website at the moment, but there's always Instagram.
Before The Jones, No. 54 was home to the Great Jones Cafe, which never reopened after Jim Moffett, the longtime owner, died in July 2018 at age 59. The Cafe, a popular yet low-key spot, first arrived in 1983.
Meanwhile, the bust of Elvis remains from the days of the Great Jones Cafe... 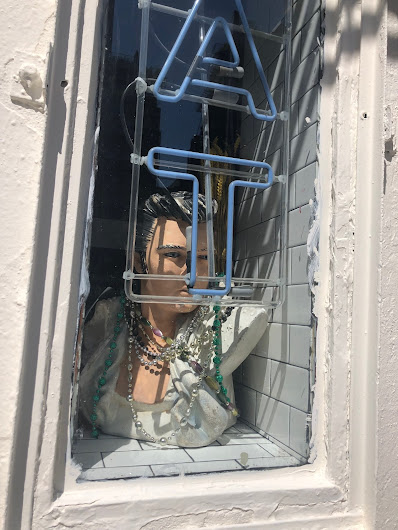 Ugh. I thought we'd get a break from these concept places after covid, and move to more practical and sensible substance. I guess not.

Donostia was fantastic, I miss that place

Also miss Donostia, and it was all about the sherries more than wine.

I liked the idea of Donastia but it was only for the rich. I went once and 2 sherries and 2 appetizers was like $60. I can buy a bottle of sherry and make 2 nice meals for that price.

@andy, you have been to other restaurants in the EV? $60 for dinner is nothing these days. And any speciality bar/restaurant is a treat to try new things, you’re paying for the expertise. When you want cheap you cook/drink at home.