Viewing the found art of Zbigniew Zolkowski on Avenue C 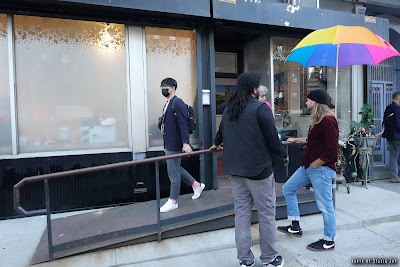 Trocha Gallery is now open at 55 Avenue C at Fourth Street (the former Avenue C Studio).
The pop-up space is serving for now "as a cathedral" of Zbigniew Zolkowski's art.
Here's more about him:

Zbigniew Zolkowski, known to his close circle of friends as Joey Baby, was born in Poland in 1950. Although tens of thousands of passersby have undoubtedly witnessed his art,  Zolkowski himself is all but invisible to the public.
Among street artists, however, Joey Baby was one of the first renegades who pioneered the street art movement by risking arrest and in some cases being jailed for criminal trespass. That said, by no means does Joey struggle in obscurity.
Rather than struggle, Zolkowski exalts in his defiance of municipal authority by transforming the industrial wastelands, deserted waterfronts and empty lots of New York City into an exhibition space always open and always free to the public.
Zolkowski finds, collects and creates his trans-dimensional pieces by sifting through trash and scavenging the streets. His foraged work sets up a statement regarding the post-consumer wasteland, to be found on the curbside of urban society. 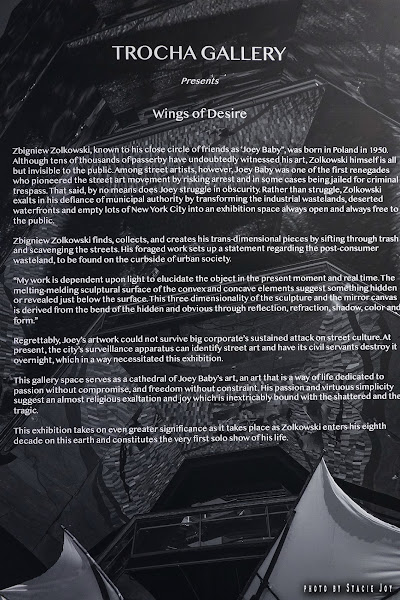 This solo show, "Wings of Desire," opened on Thursday evening. EVG contributor Stacie Joy shared these images, starting with the artist himself... 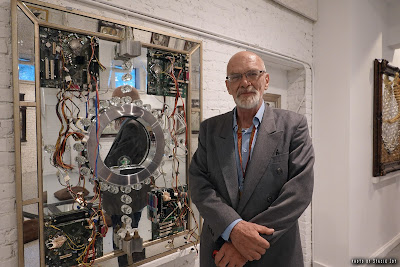 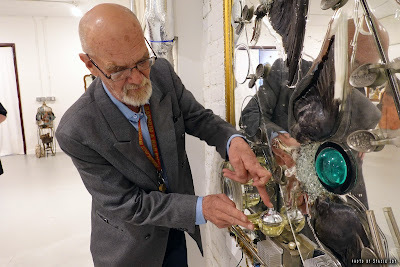 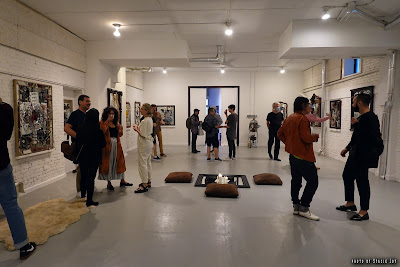 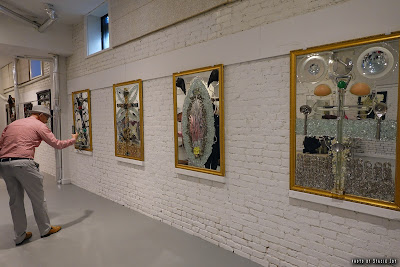 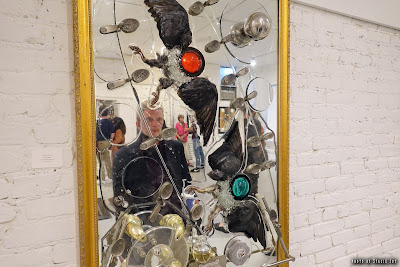 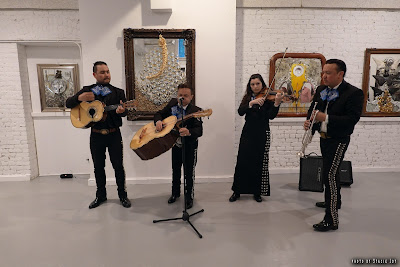 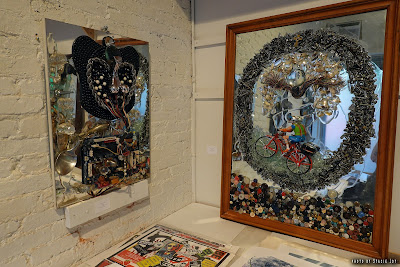 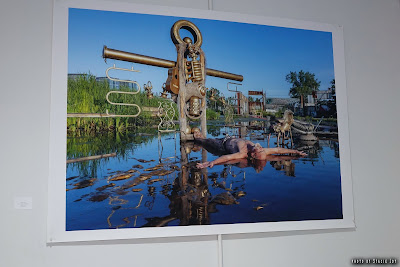 It also happened to be Zolkowski's 71st birthday ... 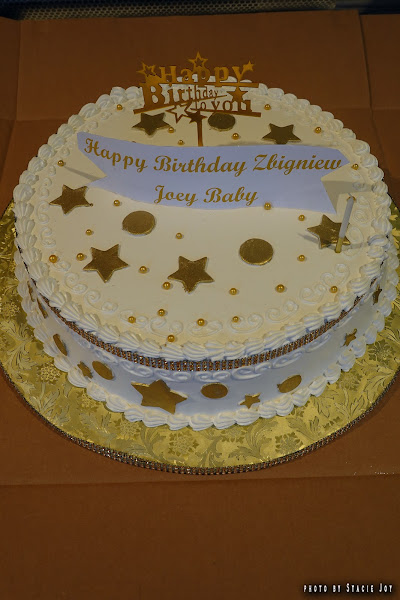 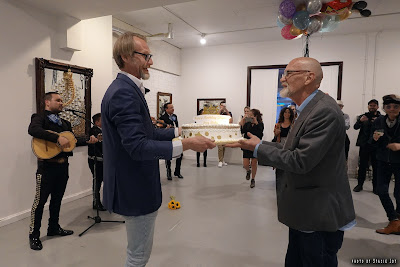 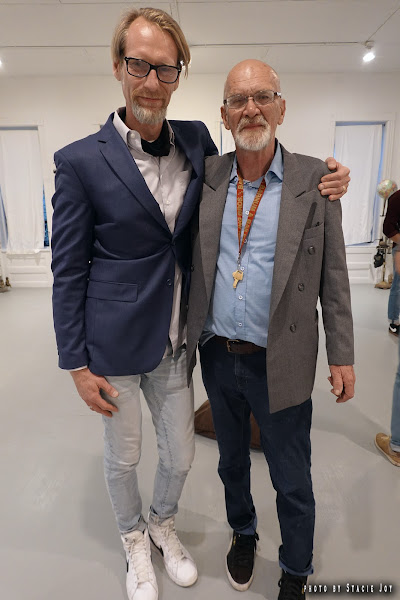 Trocha Gallery is open daily from noon to 9 p.m. The exhibit will be up through the end of May — possibly through the middle of June.
Posted by Grieve at 12:30 PM