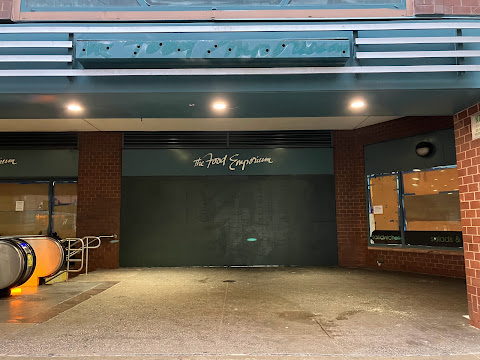 Back in February 2020, news broke (via the Post) that Target had signed a lease for a 33,000-square-foot outpost at 10 Union Square East in the base of the Zeckendorf Towers. However, the takeover wasn't going to take place until 2023.
That sure seemed like a like way off... and the current tenant at the time, Food Emporium, had a lease until April 2023. Ultimately, the grocer shut down early — in May 2021.
Meanwhile, unlike Wegmans on Astor Place, who placed signage here the same day they announced the Kmart takeover in July 2021, there wasn't any coming-in-2023 notice for the new Target.
While there still isn't any Target branding at the under-construction site, this location is now on the company's "Future store openings" page...

In walking around the Zeckendorf Towers, it appears the space that was once pub-crawl hotspot SideBar on the SW corner of 15th Street and Irving Place has been incorporated into the incoming Target... 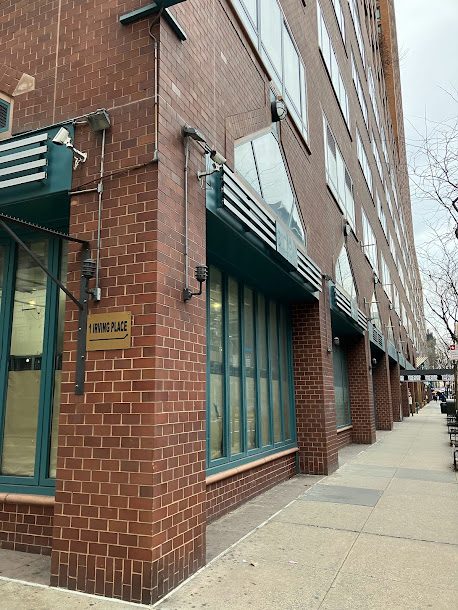 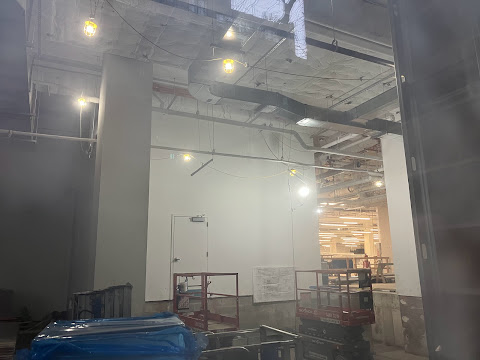 No official word about an opening date, though the construction sign on the 15th Street side notes an August 2023 completion date... 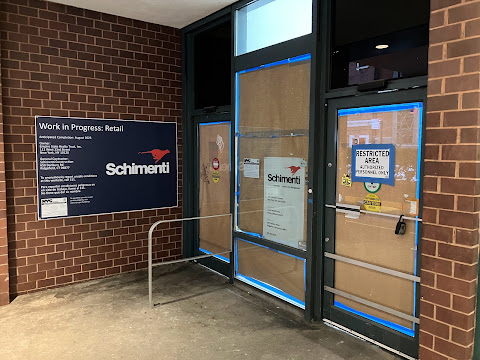 Target opened on 14th Street and Avenue A in July 2018 ... complete with a replica CBGB storefront — called TRGT.
Posted by Grieve at 5:30 AM

What about the former Rite Aid space on Avenue D? There are now DOB signs on the front door to that space

Why is it too large? The Harlem target, as an example, is the size of a regular suburban style target store Why can't it be something in between. After all, it is high traffic Union Square

@8:23AM Have you ever been to a Target outside of NYC? They are the definition of a big box store! 3 or 4 stores the size of this location could easily fit into a suburban Target. No, it is not too big for Target.

It's amusing to me that, after all these decades, there will be a Target store on the site that used to be "S. Klein, on the square"!

Discount/budget shopping seems to be the karma for that location. Am now waiting for May's to make a comeback!

There could be worse options. At least it's not another Walgreens or Rite Aid or CVS. I'll take Target over the other three any day. They actually have cool stuff. And, I just came back from visiting my family out west for the holidays. Those Target stores literally take up an entire block. No joke. They are massive. So, this location isn't large compared to others.

I miss the diversity of the mom and pop places! The city is becoming homogenized.

S.Klein and Mays...part of the area's ancient history!
If you view the original version of "The Taking of Pelham 1,2,3", you will see views of those stores as well as what Astor Place, by the Alamo sculpture, looked like in the early '70's.

Right where the legal weed store is was the site of Wanamakers Dept store which was one of NYs most elegant shopping emporiums at the time (1903 to 1955). Its where hip, cool NYers went for the best shits in town back in the day! Never mind weed, up until the Harrison Act of 1914 one could get stoned out of their mind on cocaine and morphine tonics!

What to people buy at Target? I keep going into the one on Ave A thinking I am missing out on something, but there's nothing in there I can't find somewhere else. I just don't get what's so great or unique about this store.

Maybe Food Emporium wasn't the best, but I'd much rather have a dedicated grocery in this space.

Toilet paper. People buy TP at Target. There's nothing exciting about it; it's just reasonably-priced home goods of okay quality. I'd rather be getting that from a local store than a chain, but, in the absence of the former, it fills its niche creditably.

9:45 - the Target on Avenue A does not have enough square footage to sell much. If you visit a larger location you’ll see that they actually have a large assortment of items for sale. It’s not a bad place.

@7:51AM: I don't need to see the movie; I was already living in this neighborhood in the early 70's and I regularly shopped at Mays.

My one-generation-older relatives worked for Con Ed on Irving Place, and for NY Telephone (when that was its name) way back when, and they couldn't believe I'd willingly LIVE in the area where they had worked. They were always happy to get back to Queens at the end of the day, and they considered 14th Street pretty low-class.

OTOH, in my childhood, I was given some very nice gifts that they purchased at Wanamaker's!

The Ave A Target is a gross shop, with no logic in its organization and disgruntled employees.

Perfect for the NYU kids

I lived two blocks from the Target location for 25 years, and the Food Emporium was a great loss. But I moved this year out of
state abd there is a Target down the block. Not a full service one, but it’s reliable
for basic groceries like milk, juice, eggs, cereal, bread, etc. My only complaint
is that the self service check out kiosks often malfunction.

You can get a loaf of bread at Target for a buck and change. A loaf at the grocery store is three or four dollars. They have better prices overall. I know many people who now get all of their groceries and household goods either at Target or Trader Joe’s. A dozen ice cream sandwiches for four dollars isn’t bad either.