Well, we've heard from several correspondents — Dave on 7th, Bobby Williams and Matt LES_Miserable — that a new deli is in the works for the empty storefront on the southwest corner of Avenue C at 11th Street... 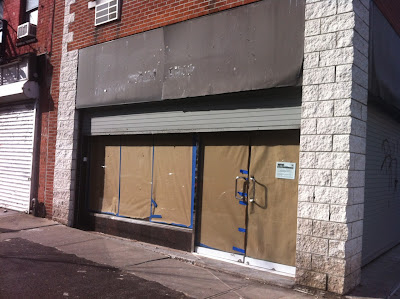 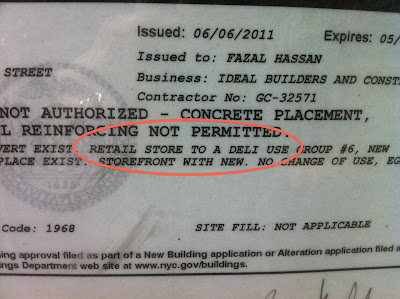 The last tenant, the Monk Thrift Shop, closed in December 2010. At the time, neighbors heard that a bank branch would open here.

Anyway, nothing in the DOB paperwork suggests any kind of chain, like, say, a 7-Eleven. Of course, there are already two delis on the other side of 11th Street.

Meanwhile, down Avenue C a bit... at 27 Avenue C between Second Street and Third Street... another new deli is opening... 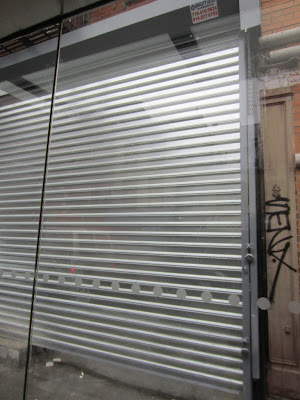 Again, the DOB permits don't show a chain-related store in the works. The DOB shows that the place is going by "Fresno Gourment Deli." 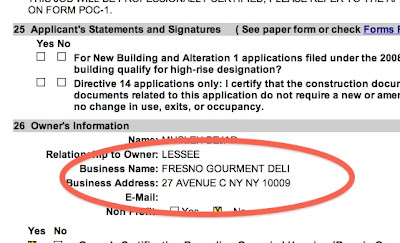 How can we be sure these aren't more Subways in disguise?

We've already got two delis/bodegas on this block - not sure what this will bring to the neighborhood.

Methinks you cannot have too many delis on a block. The quality of their bacon, egg & cheese sandwich will vary wildly.

better a deli than a bank, chain, or yuppie bar/rest.
that said, if this becomes another 7-11, i will flip the f*ck out.
we should look into what the upper west side is doing to prevent chain stores from destroying the fibre of their neighborhood - from what i understand they are very sucessful.