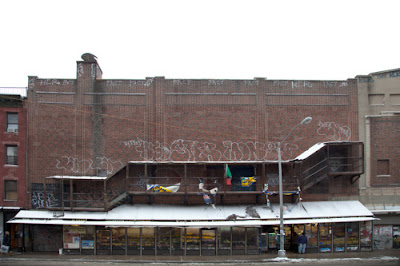 The East Village Farms on Avenue A between Seventh Street and Sixth Street is on the clock... we now understand that the closing date has been moved to Feb. 5, with a sale starting next Wednesday. (The owners will take any leftover inventory to their new store on 48th Street.)

The staff here says the building's owner will demolish the structure. There still aren't any permits on file with the DOB ... and still no official word from the landlord.

Anyway, as you know, the space was originally a theater in operation from 1926-1959. EV Grieve reader Lambert Jack got a look at the sort-of-secret theater a few weeks back ...

Now, East Village-based photographer Kevin Shea Adams shares his photos from a recent trip inside the bowels of the store. (You can read his post and see more photos here.) 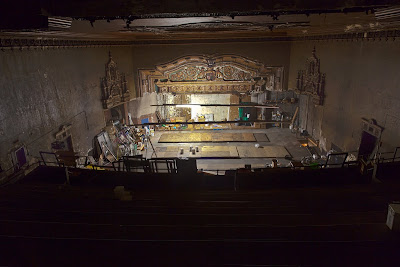 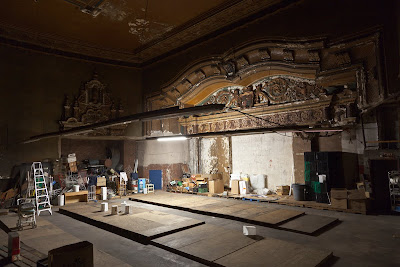 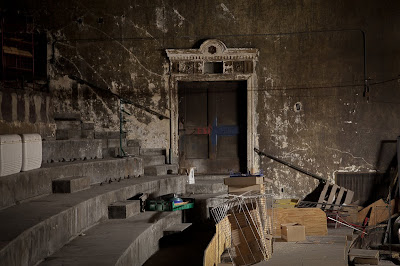 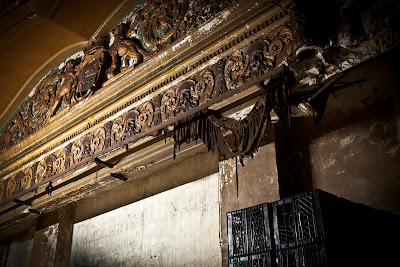 Reader reports: Village Farms closing Jan. 31; building will be demolished
Posted by Grieve at 7:00 AM

If only I had the resources to buy that building and rehab the theater into my home!

Beautiful photos! It's a shame the space has to be demolished rather than repurposed.

I wish it could become a performance space again!

How is this not a landmarked building????

Great photos, a shame it's going to be demolished.

Is there anything in New York similar to the Museum of Performance and Design in San Francisco that might be able to preserve some of the most iconic pieces?

HOW can we get this land-marked ASAP? Anybody know how????

Great pictures, but the long shot chops out what was the entrance to the movie house-and it is great to see the story picked up by the national press.

Hopefully it will be luxury condos, with a bank on the first floor.

As we've seen over the past few years, nothing gets landmarked quickly, often, or in time to save the building, and without a fight from the owners who hate landmarking because they claim the status causes undo financial burden on them. The interiors are truly fabulous, but the exterior has nothing left that I can see. EVCC or GHPS to chime in on this?