Here's a look inside the new Nevada Smith's on Third Avenue 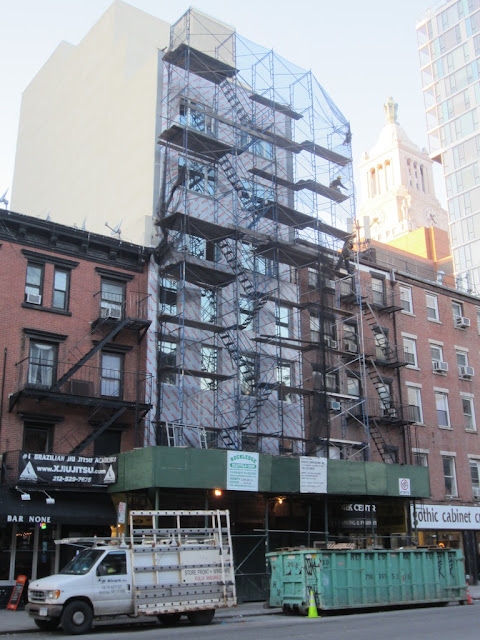 Some day, the address will also be the new home to Nevada Smith's, which vacated its previous location one block to the south last November ... Nevada Smith's is on the February CB3/SLA docket for a liquor license here. 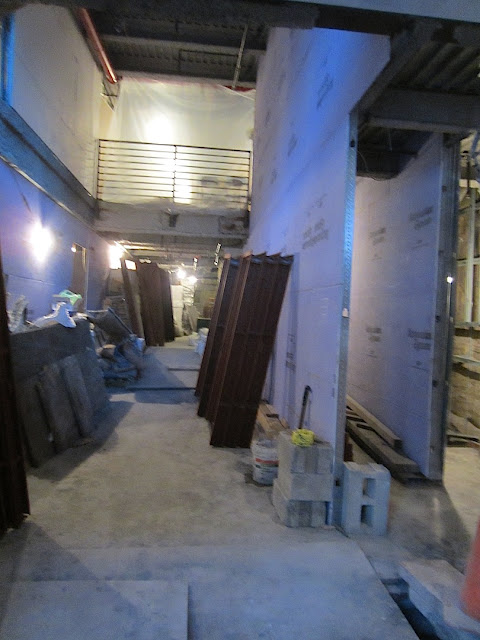 Well, looks as if there's a lot left to do on the ground-floor space where, presumably, Nevada Smith's will live...

Per the DOB, the building was zoned commercial ... and it was re-categorized as "F-1B - Assembly (Churches, Concert Halls)." I suppose this is a type of worship.

Anyway, for now, Nevada Smith's is moonlighting at Webster Hall.

Workers spotted at previously dormant 100 Third Ave.
Posted by Grieve at 6:45 AM

Nevada Smiths is no more why bother create something that died 2 yrs ago. Firing your long time staff will come back to bite you in the ass. Your loyal supporters left with them all you have now is a name they built up for you and tourists.

That was never the bijou, the bijou is located & still running on east 4th street between bowery & 2nd ave

This theatre then changed it’s name back to the Bijou Cinema and switched to a first run format opening with “War of the Roses”. By 1992 with all the competition from the new Loews Village and Village East, the theatre quietly went back to adult films.

@ anon. 10:26 AM and college kids and B&Ts. Lunasa and soon Smithfield are where the long time staff and loyal supporters are now, and better

Your right on the button essquared. Lunasa is where Kieron is and what i hear about Smithfield itl have ken and Tom George and Juan where Kieron will also join them. Smithfield seems like its going to be the new place to go and bring the fans all back together. Nevadas smiths will soon pay for its sins.

why hate? love is the answer people! So these ex-staff were fired over 2 years ago? so get over it already! nobody cares! LOL@ the shameless shilling! what a joke! love this blog and sad to read about all the changes in EV...