One year ago: Asian Pub closes 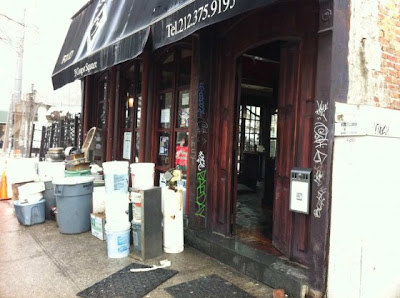 It was one year ago that the Asian Pub closed at 35 Cooper Square, as BoweryBoogie first reported. The loss of another bar serving Jello shots is fairly unremarkable... But the closure set in motion a sequence of events that led to the demolition of the 185-year-old, Federal-style house ... Another ugly chapter in the city's inaction toward local preservation. 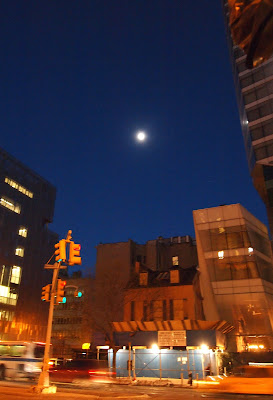 Despite an outpouring of support for 35 Cooper Square, developer Arun Bhatia had the historic structure demolished.

And the lot as seen on Saturday... awaiting its fate as luxury something. 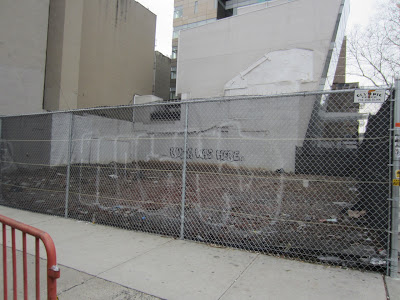 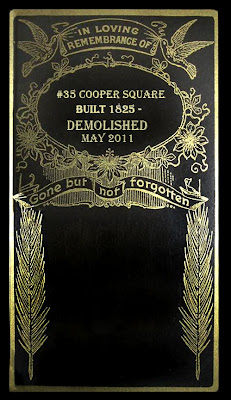 Cooper 35 Asian Pub putting up a fight before being torn down
Posted by Grieve at 6:43 AM