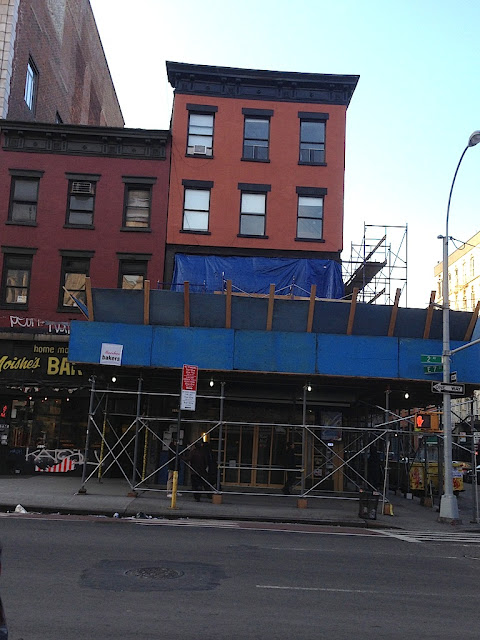 We've noted the renovations going on at 117 Second Ave. at East Seventh Street. (Right here, if you'd like). But we've never noted the status of the ground-floor tenant, Song 7.2, the Korean joint. (And why did we never mention Song 7.2? Well, in part ... to be honest, we've never met another living soul who has been inside this place.)

Anyway! As you can see, they closed just after the New Year, with a return date of Jan. 19... 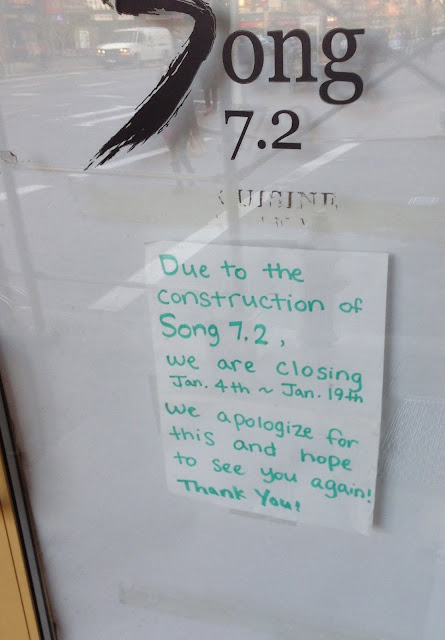 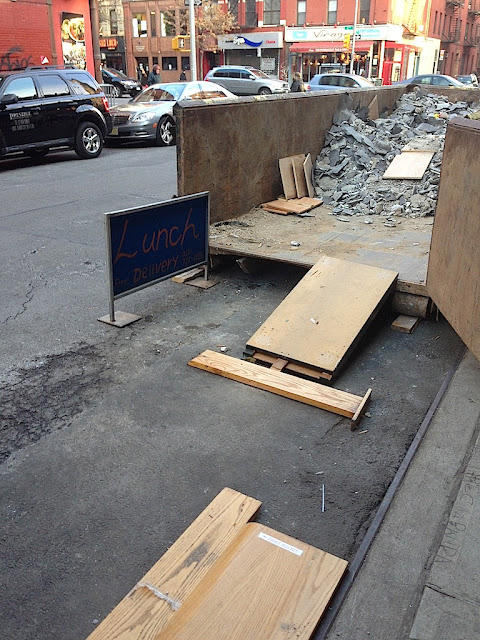 ...and the interior looked mostly demolished... 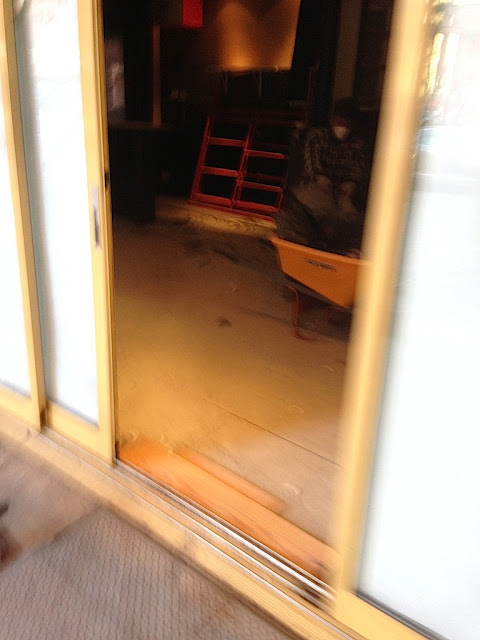 So. No idea when or if Song 7.2 will return. (The phone number is still temporarily disconnected.) Song 7.2 opened in the spring of 2008, just five days after the unintentionally hilarious American Grill/Go-Go Curry closed... all in the space that once housed Kiev.

As for the rest of 117, the address is on next Thursday's CB3 Landmarks Subcommittee. (117 Second Ave. is part of the new East Village/Lower East Side Historic District.) Per that docket: 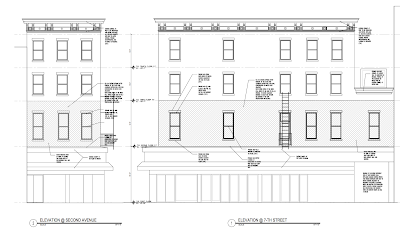 Workers are replacing the floor-to-ceiling aluminum/windows combo so that the second floor looks like the top-two floors... 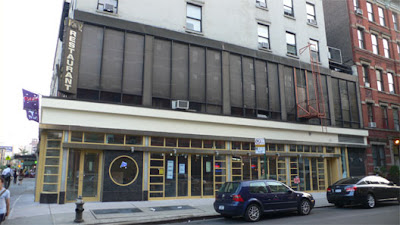 Bring the Kiev back and everything will be normal again...

Song 7.2 was my favorite Korean place in the area but, yeah, there were never many other people there. Sad to see it go.

The final few years of Kiev weren't pretty. The last time I went there the (Iranian, I think) counterperson said he couldn't make a hot fudge sundae because they were out of pineapple. It took me a couple of minutes to figure out that I should feel relieved - had just escaped disaster.

What was this place about anyway? How did it last as long as it did with an average of 0 customers?

Bring back Kiev, but the Kiev when it was actually good, not the late incarnation versions of it.

if you had a clue about korean food, this is not where you'd hit up.

I feel bad, this place had some spunk and they stuck it out for a few years. Not an entirely bad concept, kind of a korean izakaya. There is a niche for this kind of joint, somewhere, but that corner seems kind of a dead spot.

Maybe Song 7.3 after the upgrade?