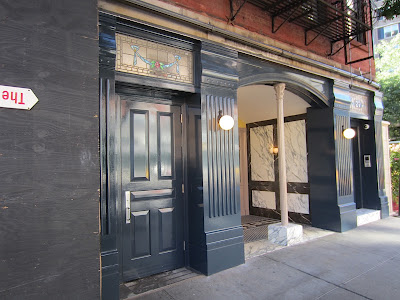 In recent weeks, you may have noticed that the Standard East Village unveiled its redesigned lobby ... one phase of the hotel's ongoing renovations.

The new entrance is located at 27 Cooper Square near the corner of Cooper Square and East Fifth Street ... in the tenement that the Cooper Square Hotel incorporated into its design after the remaining tenants wouldn't sell.

Anyway, take a look at the stained glass above the new lobby entrance... an EVG reader who lives nearby shared the story... 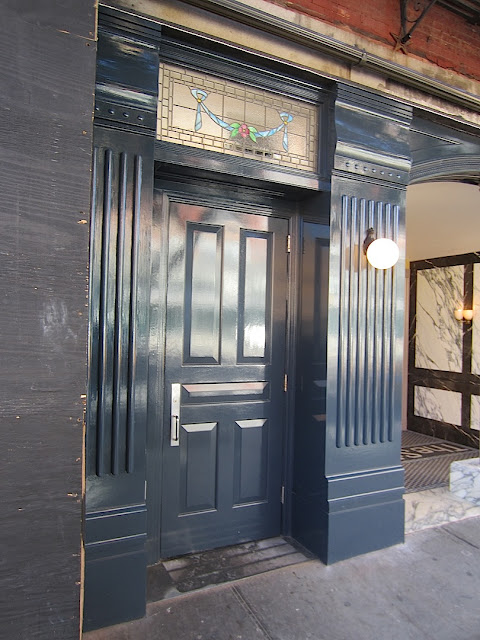 The windows were in place at the original building that dates to 1845 (not sure how old these particular windows are, though). As we were told, Hettie Jones, a longtime resident at No. 27, saw an old picture of the building... she got in touch with the previous tenant, Worth Auto Parts ... and the owner still had the windows in his garage. Jones apparently told this to hotel management, who then bought the windows, had them restored and put back up at the address... 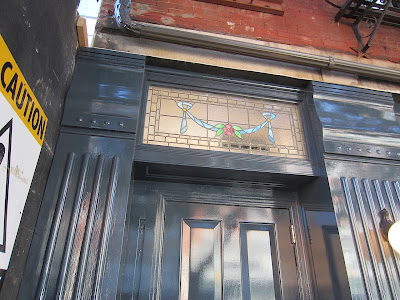 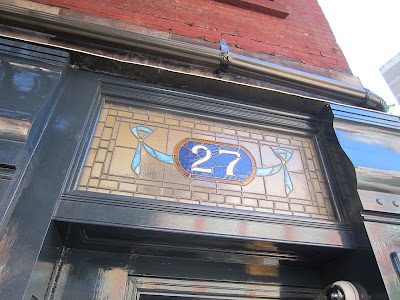 Here are two undated photos of 27 Cooper Square, which is the last building on the right in each shot... You can sort of make out the windows on the ground level... 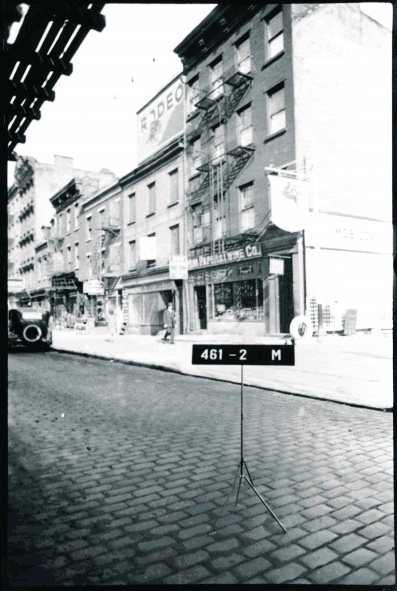 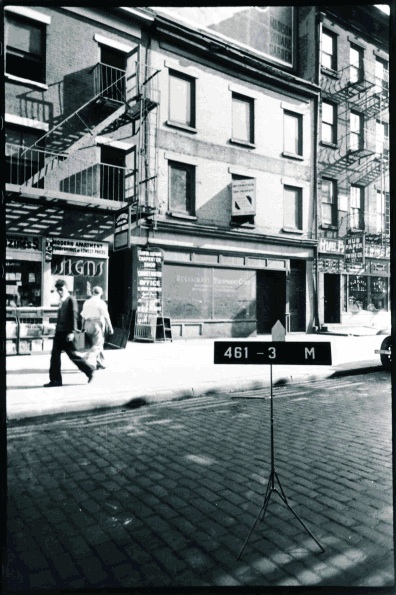 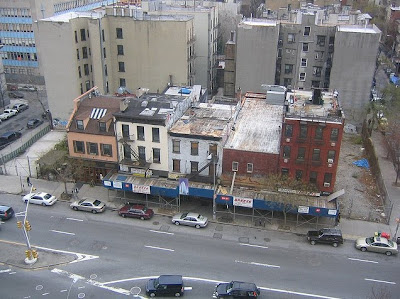 Top photo: Why is the "The" sign on the left upside-down?

Correct me if I'm wrong but isn't the Standard responsible for annihilating this whole block? Should we really pat them on the back for refurbishing a window?

In any event, I'm not patting the Standard on the back. I'm simply pointing out the detail above the lobby and where it came from.

How do you like that big brick wall they put up on 5th?

I just walked by there the other day and wondered how the lobby got in there. thanks for posting! Glad the tenants are still in that awesome building and didn't give up. And good on them for getting that stained glass back, regardless of the Standard, it's gorgeous!:)

Standard Hotels did not acquire the building/hotel until 2011 - years after the block was demolished.

I would kill to have that window with the 27 in it.

But since I'm a vegan I have nothing to kill or would want to kill. And I'm poor. So that's that.

I loath this elitist hotel, when they redid the corner garden/entrance it was basically open... but I guess they didn't like just anybody walking off the street and taking a seat in one of their precious benches so now they placed very large plant pots basically blocking the corner entrance ... and those ridiculous uniforms they make the guys at the entrance wear looks silly.

nygrump said...
How do you like that big brick wall they put up on 5th?


I absolutely love it. Now I don't have to look at the douche bags sipping over-priced cocktails when I walk west on 5th Street.

If we continue to tear down blocks like this just before they become historic, we will never have historic blocks by which we remember what is so great about this town in the first place.

Those "undated" photos are very likely from the tax assessor series done in 1940.

The garden is closed to Cooper Square as was requested by the residents. It will eventually have a inoperable gate. The hotel is going to have an outdoor cafe north of the old tenement referred to in this article and the idea was that the garden, which was originally described as a quiet gathering place remain that way. The residents felt that to have the garden open for people to come and go freely, it would create noise, partying and commotion for the residents of the street and the assisted living home across the street.