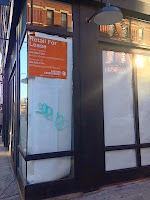 Picnic, the restaurant serving comfort food at 117 Second Ave., abruptly closed back in January after just three months in business.

A restaurant called Javelina Tex-Mex looks to be taking over the space at East Seventh Street, according to the just-released April CB3/SLA licensing committee agenda.

There's an active website for a Javelina Tex-Mex, though there isn't any other information right now. Perhaps there's an interesting story here. The top of the site notes "Rellenos, Red Tape and Real Estate." 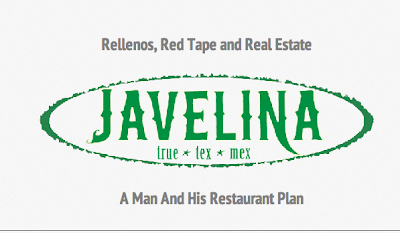 In any event, there will be plenty of Mexican choices right along this stretch of Second Avenue with Otto's Tacos and Taqueria Diana ... not to mention Dahlia's in the former Mary Ann's space on Second Avenue and East Fifth Street.

This might be "prime corner" space but I see a location that appears to be cursed. Does anyone remember a business that has had any kind of a run here since Kiev. And remind me when that was. Long, long time ago.

"A long, long time ago, in a galaxy far, far away"

Tex-Mex? Does anyone eat that outside of the mid-west?

Just bring back The Kiev.

I think the diner here before Song 7.2 had a good run.

They should have named it Rollerina.

Has the city fixed the water main issues that have plagued this intersection for the last 10 years? If not, why would anyone go near this place?

What a great name! Javelinas, a.k.a "collared peccaries," smell like skunks. Not so strong, but more continuously. They're also nearsighted, which makes them look dopey. I've seen them in Texas. People laugh at them.