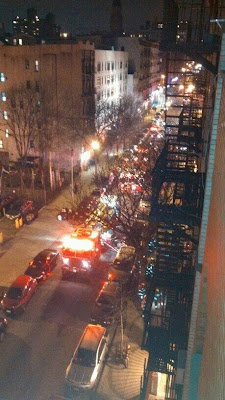 Nearly a dozen FDNY and NYPD vehicles are tending to reports of a fire on East Fourth Street between Avenue B and Avenue C... the official FDNY Twitter feed puts the blaze at 279 E. Fourth St.

The FDNY quickly had things under control...

No word just yet on injuries or the extent of the damage. No. 279 is owned by the NYCHA, and includes a rehab center. 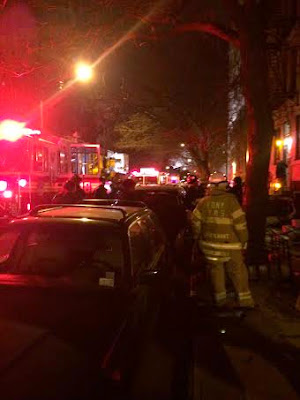 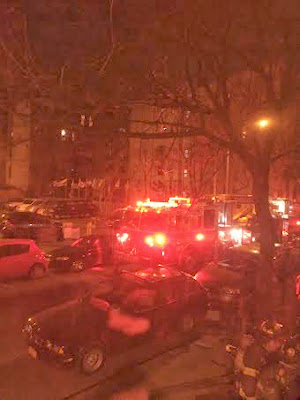 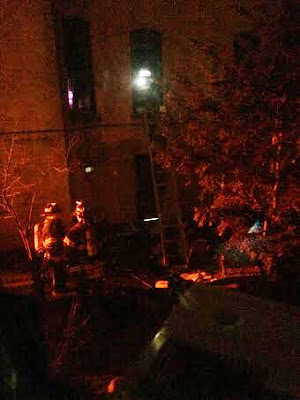 Zac heard breaking glass as the firefighters climbed into the building... he did not spot any flames, however.
Posted by Grieve at 10:37 PM

I walked past this morning and saw a burned bed leaning against the wall. I hope everyone is okay.

We were fine thank you. All renovated and moved back in...