Renovations underway at former 7A space 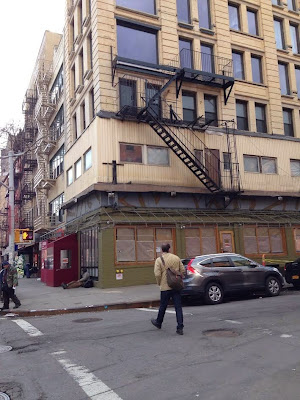 Renovations have started at the former 7A space on Avenue A and East Seventh Street. Workers removed the awning last Thursday. 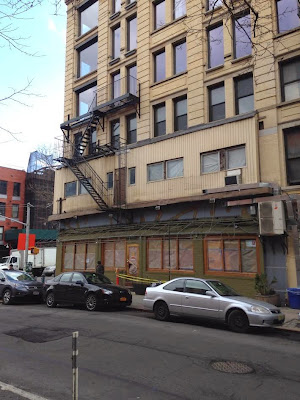 … and the crew is gutting the interior… 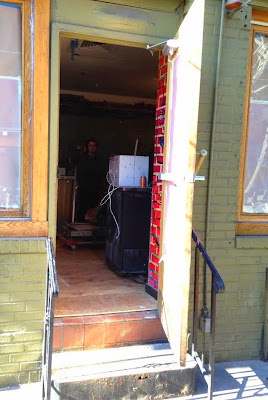 The Avenue A mainstay closed on on Jan. 26. CB3 documents show that Paul Salmon, one of the restaurateurs behind Miss Lily's, the Jamaican bar and restaurant on West Houston, and Joe's Pub, will be overseeing the new restaurant's day-to-day operations.

While there have been rumors of a southern-themed restaurant with some part of 7A remaining in the name, there haven't been too many other details about what's next. We will be curious to see which route ownership goes to announce the details … maybe UrbanDaddy ("A New East Village Eatery with Balls — Meatballs.") Or perhaps the owners will take the more upscale route with a piece in the Dining & Wine section at the Times ("A New Look for an Old East Village Favorite. Hold the Punk, Pass the Lobster Pappardelle.")

[Updated] Reader report: 7A will close at the end of the month
Posted by Grieve at 5:10 AM

"with coffee service crafted by 'Cuppa Bro' I GOT NO FILTER BRO! except for these japanese cotton chemex pourover filters, we have those."

@uncle Pete That article on the bro-pocalypse was brilliant!