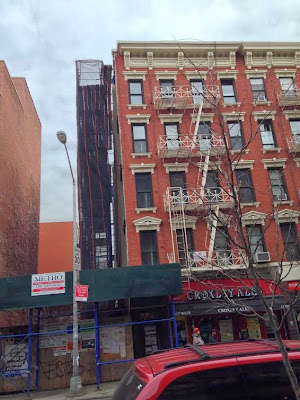 Workers have been making structural repairs to 28 Avenue B, which was damaged last April during excavation work in the empty lot next door.

Perhaps there has been some confusion on the part of the workers over who, exactly, is living in No. 28.

We spotted this sign on the plywood in front of the entrance to the construction site last week. 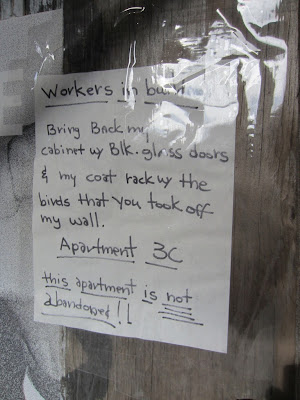 Apparently the crew didn't pay enough attention to the sign.

It's now taped to the sidewalk outside the entrance. 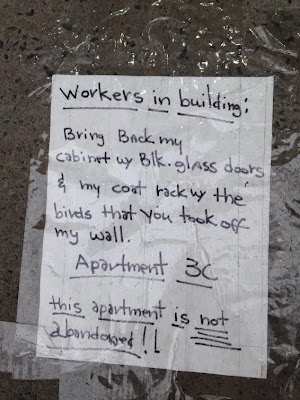 Not quite as bad as this worker gaffe … but it really sucks.

Previously on EV Grieve:
[Updated] Report: 28 Avenue B has been evacuated

[Updated] 6-story apartment building ready to rise from the former Croxley Ales beer garden
Posted by Grieve at 5:10 AM

Email ThisBlogThis!Share to TwitterShare to FacebookShare to Pinterest
Labels: 28 Avenue B

Look at the systemic corruption. How emboldened it is. A pattern.

The police arent corrupt. Just super super lazy. Just two nights ago, a car smashed through and drove across the pedestrian plaza, leaking easily traceable fluid along the way. The police had no interest in pursuit.