For sale: Everything must go at the former Boukiés space on 2nd Avenue 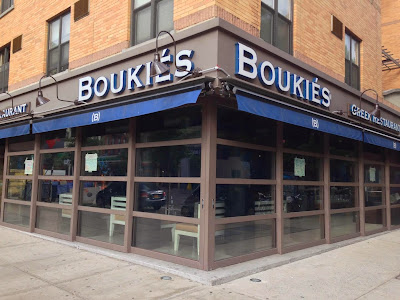 The Greek-themed Boukiés closed in March after a two-year run at Second Avenue and East Second Street. And today from 11 a.m. to 3 p.m., there's a sale on lights, tables, chairs, etc., as the sign on the front window reads … 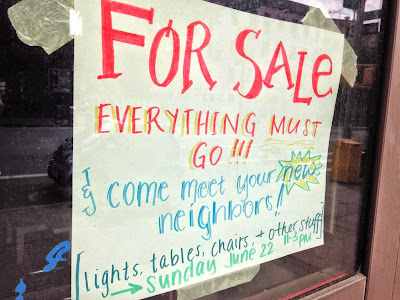 As for meeting those new neighbors … the Times reported in April that Vicki Freeman, Marc Meyer and Chris Paraskevaides, who own Cookshop, Hundred Acres and Five Points, will convert the corner space into a Mexican restaurant.

Previously on EV Grieve:
Boukiés has 'permanently closed' on Second Avenue
Posted by Grieve at 10:11 AM

This place was great when it first opened. When Alex the manager left, it spiraled downhill REALLY quick. Didn't even stay for dinner the last time we went before it closed.