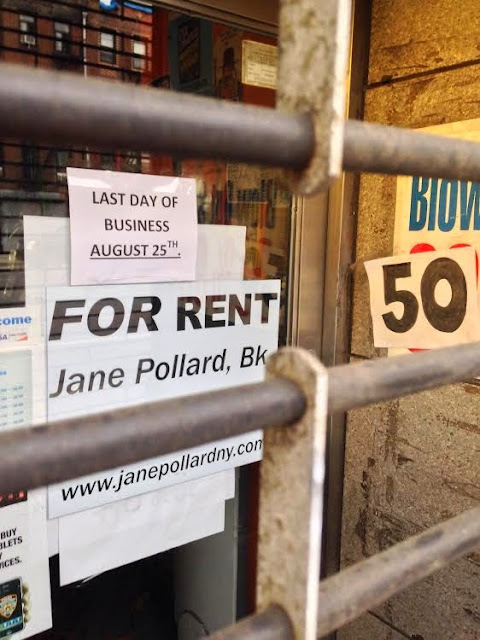 As you can see from the signs now up at Kim's Video and Music at 124 First Ave. between East Seventh Street and St. Mark's Place.

As for the sales, the new CD/DVD/Blu-ray releases are 30 percent off ... while the rest of the stock, from vinyl to DVDs, is 50 percent off. As previously noted, for those with discerning tastes, there are still a few treasure to be found in the remaining piles.

We first reported on April 21 that the store is closing. The asking rent is $16,500 for the space.

More about the closure of Kim's: 'We are NOT closing because record stores are dying'

Deeper discounts at Kim's as closing countdown continues
Posted by Grieve at 5:16 AM

the sooner the better, it depresses me everytime I walk by. I know I know we have lots of $100 places to eat small plates and I'm supposed to be happy.