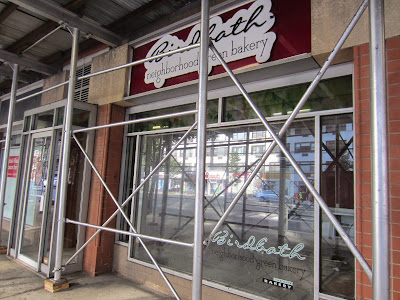 As we noted earlier last month, Birdbath Neighborhood Green Bakery over at Third Avenue at East Ninth Street randomly closed. No sign to note a closure, temporary or otherwise.

And even though Birdbath removed this location from their website, workers at the main location told us that this closure was just for the slow summer period. Which makes no sense given the rents. But OK! 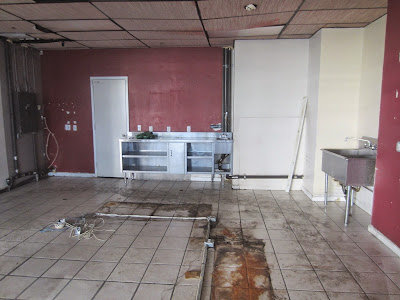 The bakery opened here in May 2011. The location on First Avenue near East 13th Street closed in March 2013.

Previously on EV Grieve:
Birdbath Neighborhood Green Bakery on 3rd Avenue has not been open lately
Posted by Grieve at 4:54 AM

Any statistician reading this blog care to calculate the life expectancy of new businesses in the EV during the 2010's, 2000's and perhaps 1990's? My unscientific guess is 18-24 months.