26 Avenue B getting its high beams on 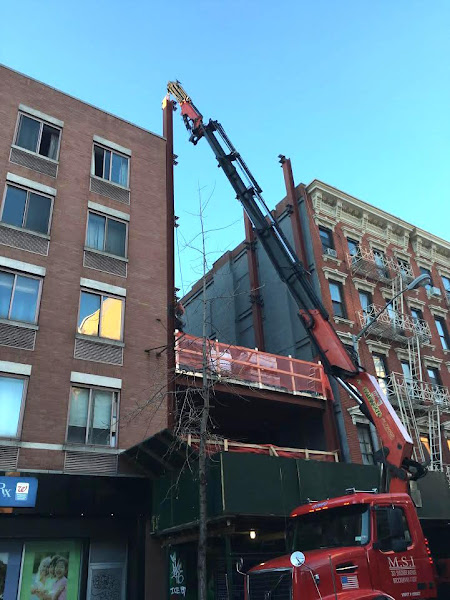 When we last checked in on 26 Avenue B, workers had finished the foundation. At that time, a worker told an EVG reader who lives nearby that they were going to wrap it up then and return in the spring. Heh. Well, that wasn't the case. In fact, the crew has been working double-time. We've even spotted them on site the past two Sundays. (There are approved permits for this.) 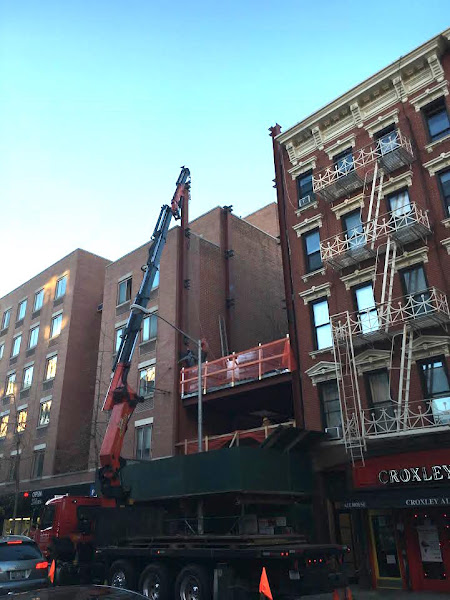 Plans call for an 8-unit, 6-floor residential building here between East Second Street and East Third Street. Still no sign of a rendering for the new building.

Is 26 Avenue B ready for its new building now?
Posted by Grieve at 4:16 AM

Email ThisBlogThis!Share to TwitterShare to FacebookShare to Pinterest
Labels: 26 Avenue B

Those steel girders will also help hold up the two buildings either side!