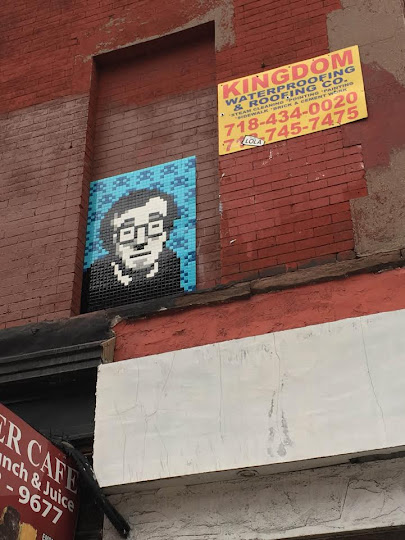 You've likely seen the mosaics that French street artist Invader has placed around the East Village/Lower East Side the past few weeks.

Not sure what happened to the Woody Allen mosaic on East Fourth Street at First Avenue... a good chunk of it is now missing... 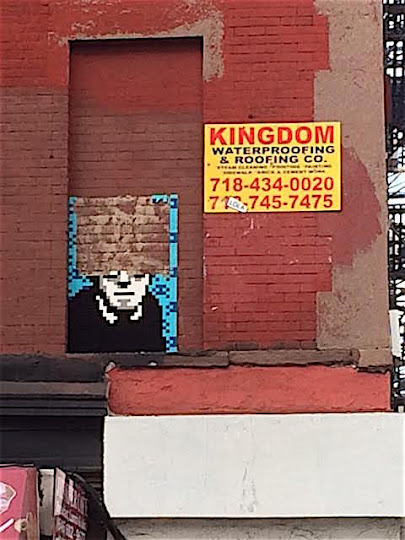 At last look, the others that we've spotted, like the Andy Warhol outside the Standard East Village, remain intact... 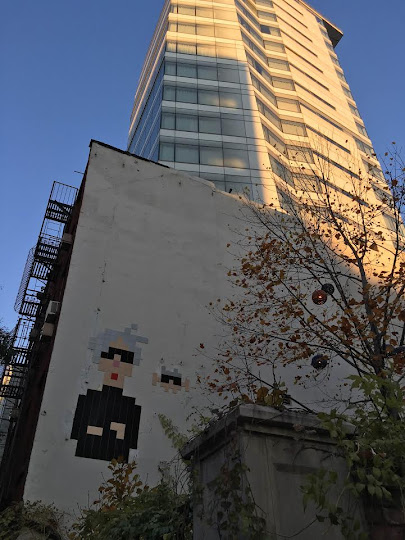 According to a recent piece in the Times: "Invader's work has become popular with collectors. In March, a large piece sold at auction for almost $350,000 at Christie’s in Hong Kong."

He also reportedly received the OK from building owners to install the mosaics here, which means...

These legal works are likely to be out of reach to collectors and thieves. To thwart those who might take down his work for their own profit, he said, he has sought out sites with natural architectural recesses or filled-in windows. By installing a piece in the exact size and shape of these nooks, he leaves little wiggle room for anyone who might try to pry them out.

In recent years, he has also used larger, thinner tiles: Try to jimmy them off, and they’ll chip apart rather than popping off intact.

Why doesn't he replace it with Roman Polanski? If you're going to celebrate creepy old directors he's the next choice.

I saw this yesterday. It's cool. People were taking pics.

Don't you mean, creepy directors with a thing for underage girls?

Thats what I meant.

Woody Allen. Looking for his brain!!