Report: Icon Realty made 5x what it paid in sale of 2 East Village buildings 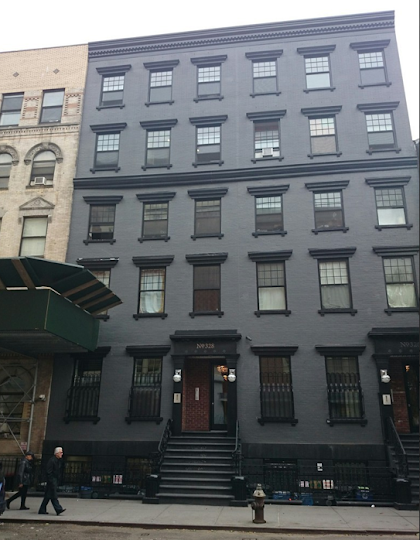 According to The Real Deal, the total price is nearly five times what Icon paid just a few years ago. "The Icon deal, which penciled out to more than $1 million per unit, is also further evidence of how quickly prices are escalating."

City doesn't give a shit about these historic East Village townhouses
Posted by Grieve at 4:18 AM

"A South Carolina investor" - those four simple words say so much.

No one wants to live that far east, the prices of EV are getting out of hand. I love how brokers are trying to lure people so far east, it's great when it's warm, but try walking from ave C-D to 1st Ave to catch the subway in the blustering winter winds

Nothing short of a terrorist attack will stop "investor" attack on our downtown.

@ 8:59, even that will only slow them down a tad, perhaps drop prices for ten lousy minutes. It's disgusting...ICON is the worst! Such sleeze...and they DO NOTHING TO GIVE BACK. SO gross.

"A South Carolina investor" = bird of prey, vulture, carpetbagger. Of course, maybe only someone unfamiliar with the area would overpay by that much for buildings between Avenues C & D. (Or maybe they're just smokin' some good stuff!)

"No one wants to live that far east" -- we might be fooling ourselves if we think this has anything to do with Living. This is all about Investing. Since all the loses-on-paper during the Great Recession, investors are looking for more stable money-makers, and NYC real estate is that thing. Foreigners are happy to buy up these places, but living there is not really in their plans.

Success (or disasters for us) stories like this only encourage the gold rush to expand until every building downtown has be demolished, had floors added to, stripped of long term residence, or traded hands until the last sucker to buy and unload it.

This provides some evidence that Icon has in fact over-extended itself and is short of money to finish "renovations" in other buildings it owns.

A million dollars for a walkup near Avenue D, should you be walking to the subway? Can't you afford Uber then?