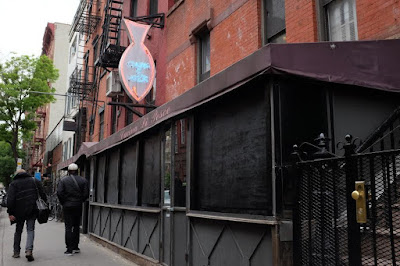 One day last week, EVG contributor Derek Berg noticed that workers had boarded up part of the sidewalk cafe at Cucina di Pesce at 87 E. Fourth St. near Second Avenue.

Then on Tuesday, a for rent sign arrived at that section of the Italian restaurant. An ominous sign perhaps? 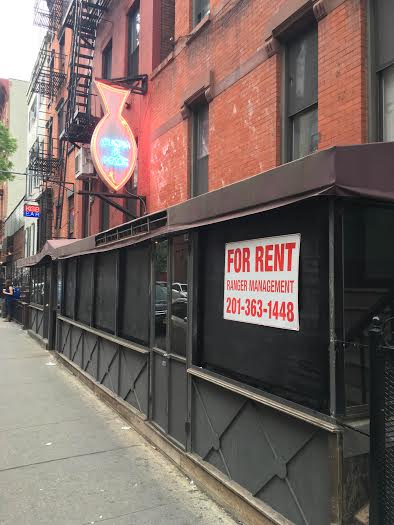 "We just gave up the room next door as it belongs to a different landlord — the 89 E. Fourth St. part," he said via email.

The landlord for the space wanted $8,000 a month for what Zebentout said is a tiny room.

"So we decided to do without it," said Zebentout, who also owns the equally low-key Nomad around the corner on Second Avenue. "We have enough room to accommodate about 74 guests."

As for Cucina di Pesce, who will be opening their garden soon, here's what New York had to say about the restaurant:

Cucina di Pesce is the type of unpretentious, comfortably lived-in Italian restaurant that ruled New York before Mario Batali and his ilk turned the town upside-down. But if Cucina's ambience feels a bit dated, its flavors are absolutely contemporary. This is one of the best places in the city to get good Italian food on a budget.

This is one of my favorite places. Sad they have to do this, but glad they're not closing.

Maybe the corner deli can rent it so they can store their motor bikes and kegs? This way people could pass by.......