After 98 years in business, Surma Books & Music is closing 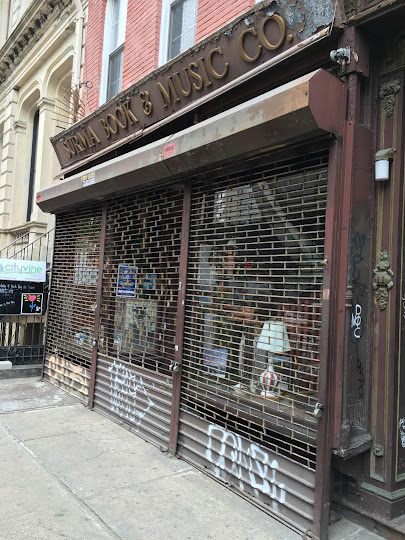 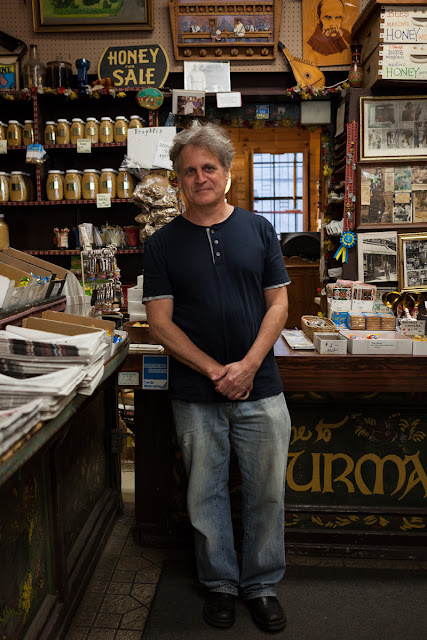 We featured Surmach in an Out and About in the East Village in May 2013. Here's an excerpt of that interview:

This store was founded in 1918 by my grandfather, who came through Ellis Island in 1910. The neighborhood was very different. It was very Eastern European and more solidly Ukrainian than it is now.

I was born in this neighborhood and lived here until I was 6, when we moved up to Rockland Country. And I moved back here when I was 18 for college and such. But because of the shop here and being a child in this family you were recruited to work every free moment that you had. Me and my sister spent almost every weekend in the shop growing up. So I was always in and out of the city most of the time.

I moved to Colorado for 15 years and lived a very different life. The objective of some people who live here is how to get out, so I moved and then I was brought back in again. My dad passed away [in 2003] and I got the call, “Okay, what are we gonna do now,” so I came back. I live a couple blocks away now. Moving back has been an adjustment but I love New York and I love the shop.

In the beginning the store catered to those who didn’t speak a lick of English, to help them assimilate into New York life. My grandfather was catering to people who needed virtually everything. It was like a PC Richards, in a way. The old Gramophone that’s up in the corner of the shop was cutting-edge technology at the time. That’s what he was selling. He even sold washing machines. You name it and he was selling it — everything that people needed to live in New York.


The Surmach family owns the building here near Cooper Square. It is rumored to be in the process of being sold.

Email ThisBlogThis!Share to TwitterShare to FacebookShare to Pinterest
Labels: Surma Books and Music

Loved buying my honey from them.

Crap. They were my go-to honey place as well. One more little piece of EV history in the rear view mirror...

Perfect for not a rolled ice cream store, but a Rolled Ice Cream Market!

We will miss you, Surma!

Please don't sell to Icon, Shaoul/Magnum, Croman, and the like. Otherwise, I wish you the best. When Katz's sold their air rights to Shaoul as a way to preserve their place in the neighborhood they simultaneously undermined that very neighborhood.

I've taken guests into there a few times, but no one bought anything. Alas, one less authentic family business to share.

Times change, but it is a shame that this great little shop is closing.

So sad to hear. I just googled Surma and found out. As a native New Yorker I used to visit Surma in the late 60's. I still have a beautiful embroidered peasant blouse I purchased there. I also used to buy the acacia honey. It has been many years but I still miss Surma.