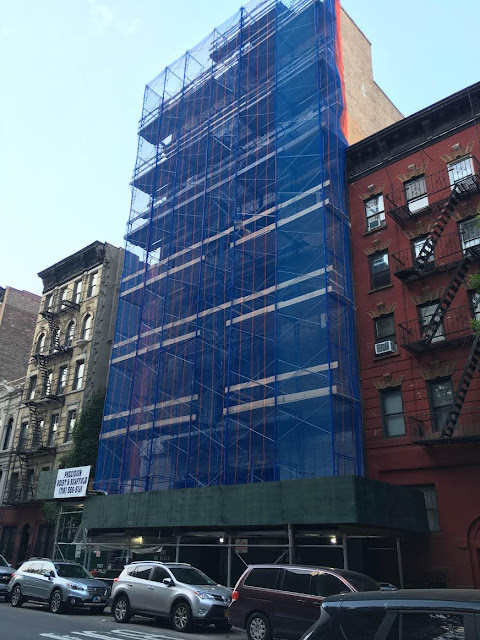 A rendering has arrived on the plywood outside the under-renovation 421 E. Sixth St. ... 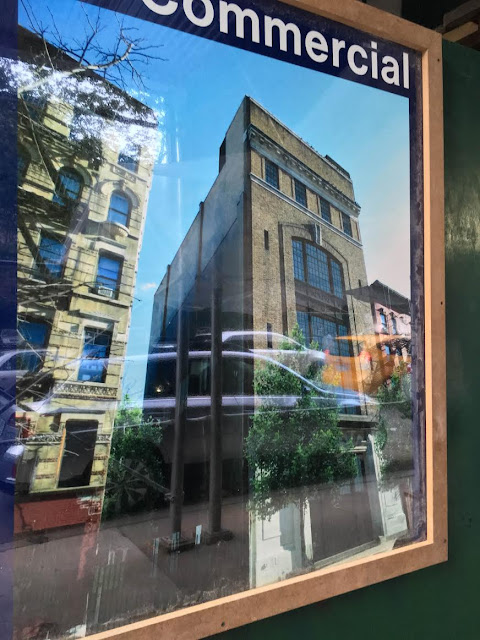 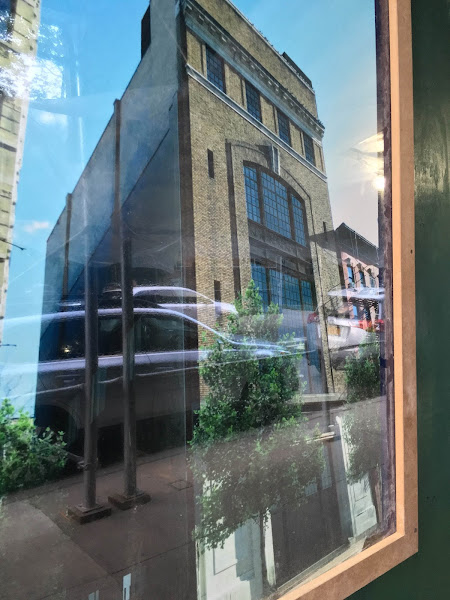 It doesn't look too different from the existing building ... from the exterior anyway.

Here's a side-by-side look (as noted previously)… showing the existing building (left) and the proposed front... 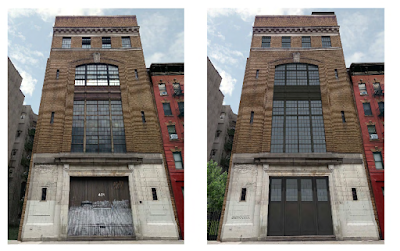 The address between Avenue A and First Avenue was a Con Edison substation built in 1920-21 that converted direct current to alternating. Artist/sculptor Walter De Maria owned the building from 1980 to the time of his death in July 2013.

As previously reported, the building will be a gallery space to display new owner Peter Brant's personal art collection.

Here's what Peter Brant wants to do with his new exhibition space on East 6th Street
Posted by Grieve at 4:00 AM

At least all of the Brant's are out of jail now so they can enjoy their artwork just in time for Summer in the Cramptons.

It's amazing how the clouds are identical in both pictures. What were the chances of that?!