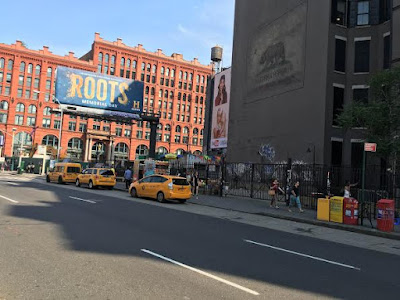 As you probably know, crews are demolishing the former BP station and adjacent one-level building that housed Puck Fair on East Houston and Lafayette.

Coming to that space one of these days: A building that will encompass 80,000 square feet of "flagship retail and boutique office" ... 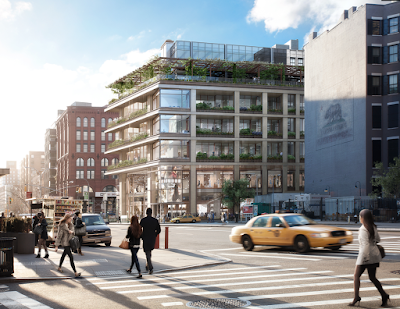 This building at 300 Lafayette will be getting some company.

As The Wall Street Journal noted yesterday, a joint venture of Madison Capital and Vornado Realty Trust have plans for a 6-story mixed-use building on that sliver of space between Broadway and Crosby... 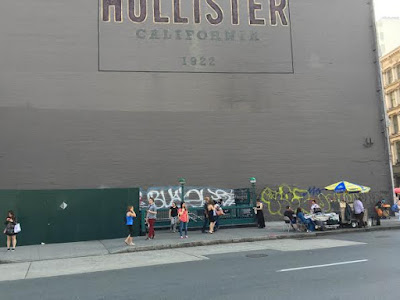 Here's a rendering of the project looking toward the east on Houston near Broadway... (the Landmarks Commission signed off on this design back in 2013)...

While this project had been in the works for years, Madison and Vornado just closed on the $25.8 million purchase of the site from the New York City Economic Development Corp. last Friday. Part of the space had used by the the MTA to park emergency vehicles.

Until late 2014, the space at Broadway housed the Honest Boy fruit stand for years. A mysterious fire took care of what was left of the stand last summer. 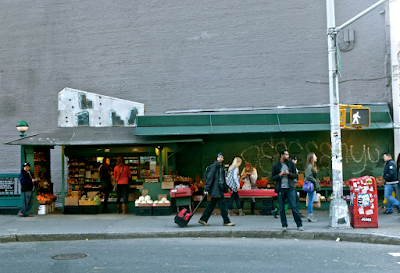 Nice building. One thing about new buildings is that they include a lot of plants on the balconies, and have rooftop gardens and solar panels.

I don't object to an empty lot being built upon, however I assume the subway entrance will be incorporated into the new building.

Of course, calling the fire "mysterious" makes it sound fishy, but that fruit stand was well-loved, and losing it has been a huge loss to the neighborhood; I'd be hesitant to think an office tower could fill the gap it left too easily.

There's a time and a place for everything, and while the time was right for that fruit stand, the place was not.