Rat baiting signs, but not signs of progress at 6th Street and Avenue C 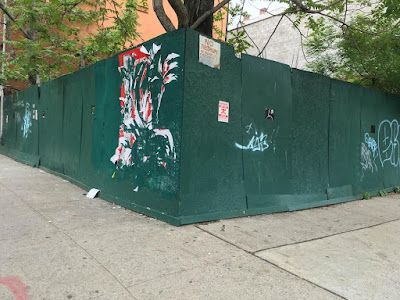 Given the recent arrival of rat-baiting signs on the long-dormant northeast corner of Sixth Street and Avenue C... an EVG reader wondered if this meant plans were moving forward with something. 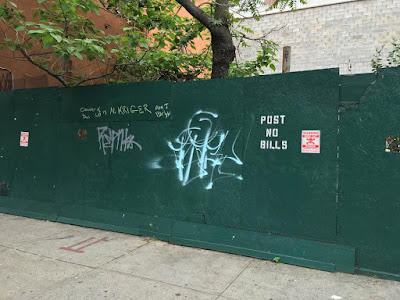 Well, there has been some activity since the last time we checked in here. The city disapproved updated plans for a five-story building here in February. These updated plans show 9 residences in the floors above space for retail and a community facility, per DOB records. Plans for a six-story building were initially filed in 2012.

So for now, the hole remains the same... 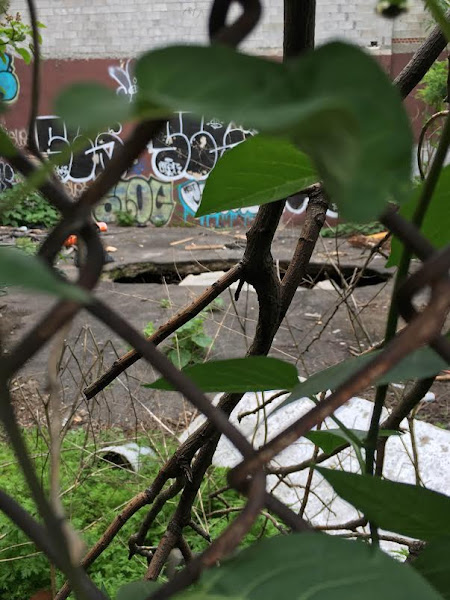 Previously on EV Grieve:
Hole watch 2016: Still no sign of a new building on Avenue C and East 6th Street
Posted by Grieve at 4:12 AM

I believe that hole is the actual "heart of the East Village".