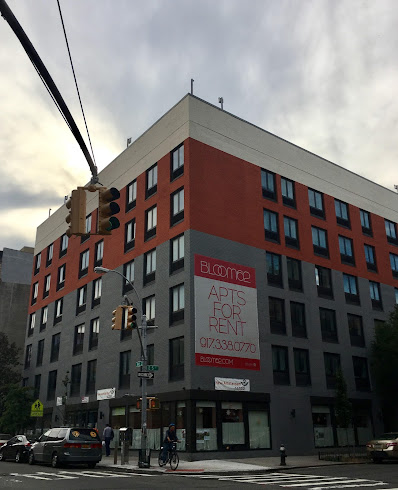 Almost two years ago to the day news arrived that developer Ben Shaoul was planning to convert his Bloom 62 rental building on Avenue B into a condominium property.

The Real Deal reported on Oct. 8, 2015, that Shaoul, president of Magnum Real Estate Group, filed plans for an 81-unit condominium that will have a total sellout of $95.2 million, according to a summary of the offering plan filed with the state Attorney General’s office.

Meanwhile, there has been speculation that the under-renovation storefront at 44 Avenue B between Third Street and Fourth Street (a Steve Croman property) would serve as the sales office for the condos.

On Friday, an EVG reader spotted this signage on the storefront with newly tinted windows... 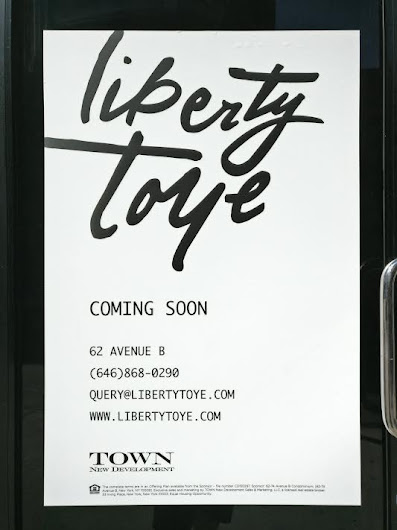 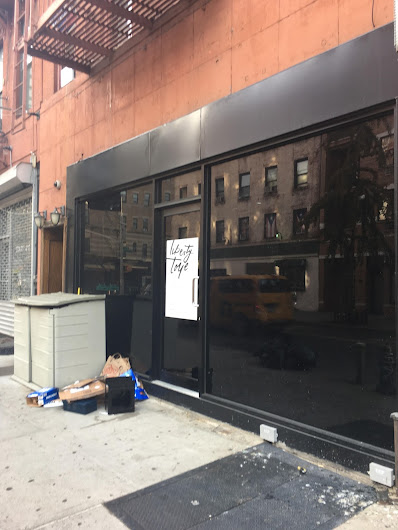 There's a generic website where interested parties can request more info for a building that will presumably be going by Liberty Toye... 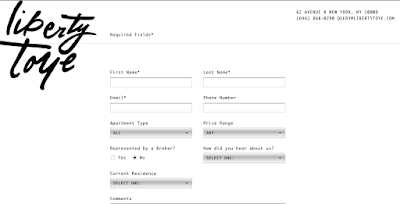 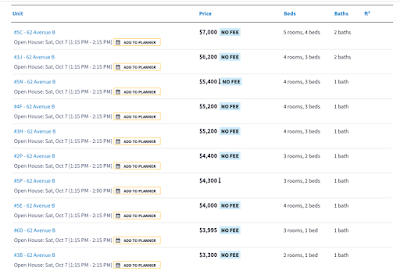 Before becoming a luxury rental, the building at Fifth Street was home to Cabrini, which closed for good on June 30, 2012. The 240-bed center — sponsored by the Missionary Sisters of the Sacred Heart of Jesus — provided health care for low-income elderly residents in the East Village. Cabrini opened in 1993 and served 240 patients and employed nearly 300 people. Shaoul reportedly paid $25 million for the property and closed down Cabrini.

After Shaoul took over, the rental building quickly became a party palace, with residents enraging neighbors with rooftop DJ parties. Shaoul cracked down on the rooftop ragers in the summer of 2015. Maybe not good for upcoming condo business.

In March 2015, Shaoul put Bloom 62 on the market … with an $80 million asking price. However, he later pulled the building off the market.

Liberty Toye will join Shaoul's other East Village condos — the A Building on East 13th Street and the incoming 98-100 Avenue A.

When you have the chance to spend a million or so dollars on a dark, cavernous condo with a joke for a living room, you've gotta take it.

Like the city needs more faux micro luxury condos to actual luxury condos.... sigh... Hopefully they will give a face lift to the exterior, between this and the rentals on avenue B and 12th its really awful. They can't even rip off the in vogue slate gray, both are just this crap gray.

Whenever one of these frat houses stops being a frat house then I call that progress. I do recall seeing floor plans and photos of these rentals when the building put out it's first listings. They looked oddly configured and maze like an obvious attempt to maximize every square inch knowing that frat guys would not care. Will someone actually invest a million plus for one of these flop house apartments, I really doubt it unless it is for their NYU student offspring.

Ben Shaouls downscale condo conversion on 23rd St and 1st Avenue is also a flop. After a year with almost no sales, changing the name of the building didn't seem to help sales. I count about 6 trash bags a week on the curb which used to have 80-100 bags when the building was a rental. There was so much good garbage out there every week that the trash pickers swooped in as soon as the they put it out. Now two years later theres almost nothing. No one wants these tiny overpriced condo conversions when the brand new buildings offer so much more value. Every other new condo in the area sold out quickly. So far Shaouls "cheap" Mini-Condo formula is a flop. Time to cut prices. How about some affordable condos Ben? Or did you overpay for the property? Then sell it at a loss to NYU. A least then the local businesses wouldn't have to suffer through years of losing customers from this empty apartment building.

That look is the improvement/change from the nursing home it was on the outside.
Stupid name - tells you right there who it is meant for.

Sell it to NYU? Hellz no, make the city buy it and turn it into some kind of senior housing to make up for the loss of Rivington House. NYU?!? So, what, we can have more screaming, acting-out Millennials in our midst?

I agree with Gojira: make it into senior housing. It would be amazing to have some genuine action to help seniors to continue living in this community (and city) on an affordable basis.