The 'Wolf' of Avenue A 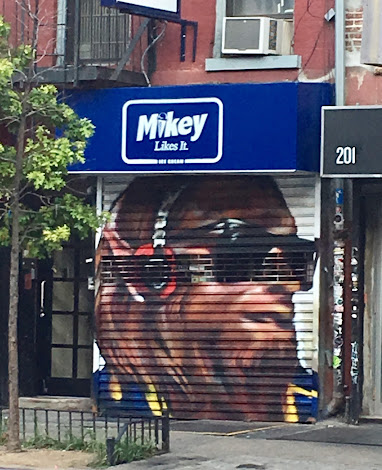 New(ish) month, new flavor of the month with corresponding art on the gate at Mikey Likes It, 199 Avenue A near East 12th Street.

Andre Trenier's 1980s-flavored mural in October pays tribute to one of the greatest films from that era — "Teen Wolf," which topped "Out of Africa" for Best Picture that year as I recall.

Anyway! As always, the mural coincides with the flavor of the month, which is Teen Wolf, a combo of maple ice cream, chocolate covered marshmallows and pumpkin spice Oreos. 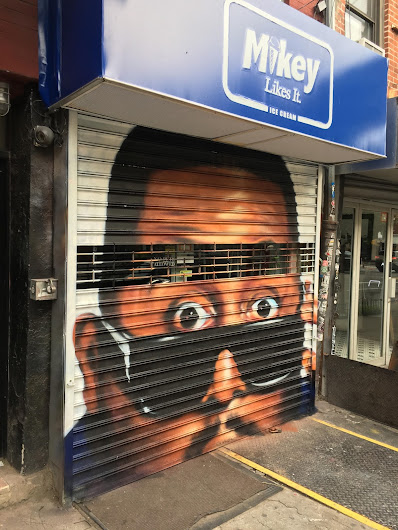