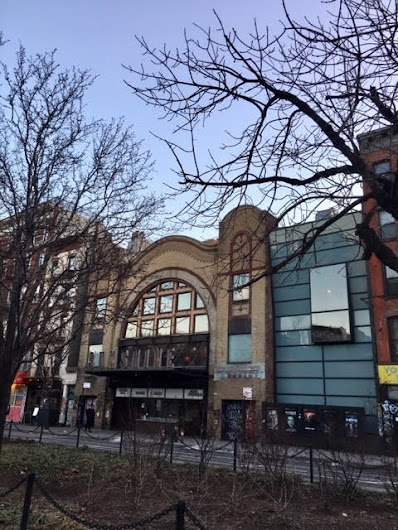 Reps for the developers of the newly branded 141 East Houston have filed the permits with the DOB for the new 9-story office building with retail space on the site of the former Sunshine Cinema.

As previously reported (via The New York Times), the new 68,000-square-foot building will be designed by Roger Ferris. Demolition of the current circa-1898 building is expected within the next two months ... with a completion date for the new glass box in late 2019... 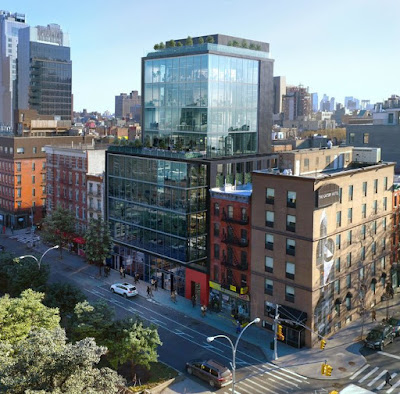 The five-screen Sunshine Cinema closed on Jan. 21 after 17 years in service.

A celebratory ad on the purchase of 139 E. Houston St., current home of the Sunshine Cinema
Posted by Grieve at 4:31 AM

The architects know they can do more in AutoCad than just draw boxes, right?

The rule to gentrification, step one, get rid of low to moderate income residents, then get rid of culture, then install a building that is out of context and nobody needs which will encourage more buildings that nobody needs and wants. Repeat.

They should at least keep the facade.

I agree with every comment above. This is another mindlessly banal glass box; it reveals the utter cookie-cutter brainlessness of the real estate community and its disdain for neighborhoods & context. That glass box could be in Podunk or *anywhere* really - it's so generic, it could have come from a supply closet full of generic building plans.