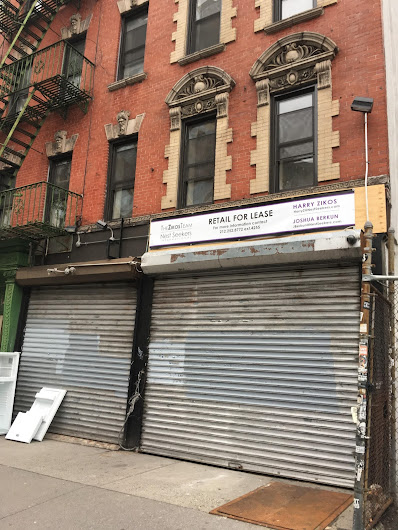 The for-rent signage has arrived atop the former Artichoke Basille's Pizza location on 14th Street between First Avenue and Second Avenue.

Kinda interesting that the high-end Nest Seekers International has the rather pedestrian property. Didn't spot the listing online just yet.

The storefront suffered damage last May during a two-alarm fire. According to the FDNY, the fire was accidental — "due to heat from the pizza oven flue."

At the time Artichoke was still the tenant, though they were nearly ready to relocate across the street... the growing pizzeria chainlet opened that spot in June... 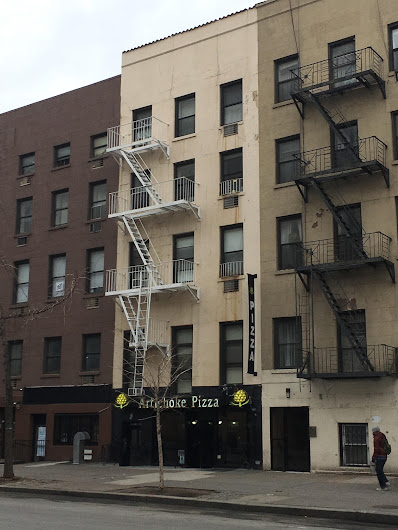 Email ThisBlogThis!Share to TwitterShare to FacebookShare to Pinterest
Labels: Artichoke, for rent