Updated: Now that is a sinkhole on 1st Avenue and 7th Street 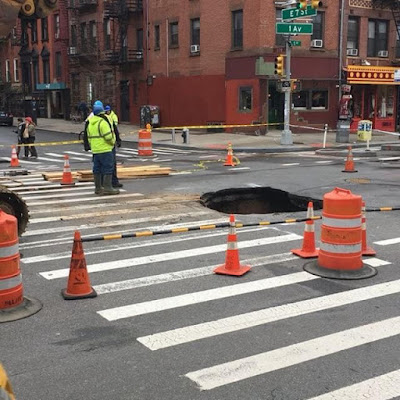 Crews are on the scene this afternoon to tend to the sinkhole that formed nearly in the middle of the intersection here on First Avenue and Seventh Street thanks to a broken pipe... looks like traffic is down to one lane for now... and perhaps the near future. 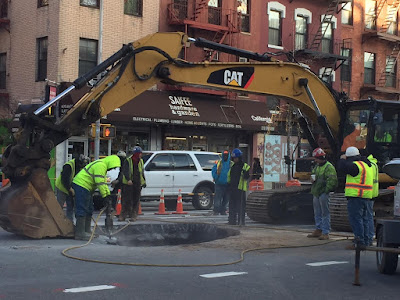 And Mr. John is on the scene — this is a big job, this sinkhole. 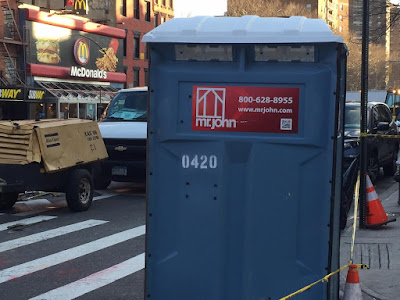 Also: Seventh Street is closed to vehicles for now between First Avenue and Second Avenue.

And an in-progress shot of the fill-in a little earlier via Derek Berg... 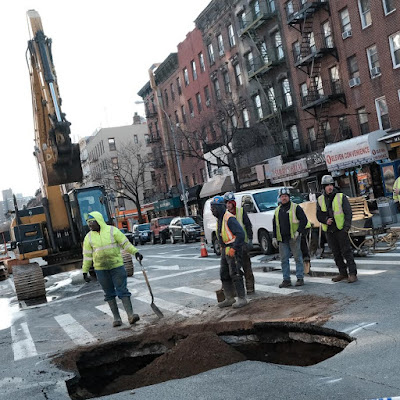 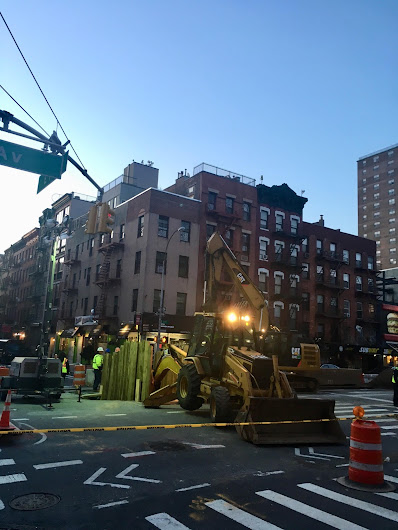 Just one lane (and the bus lane) are open... the bike lane if closed off too... 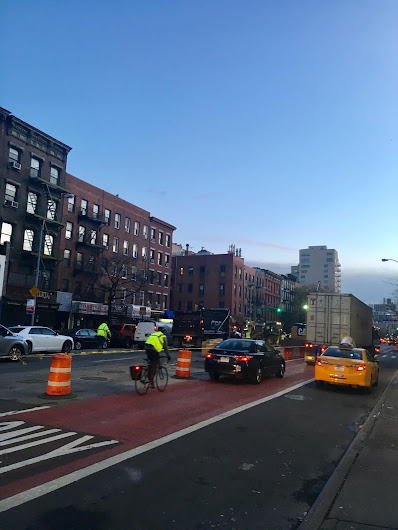 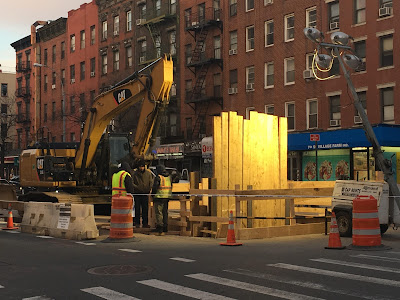 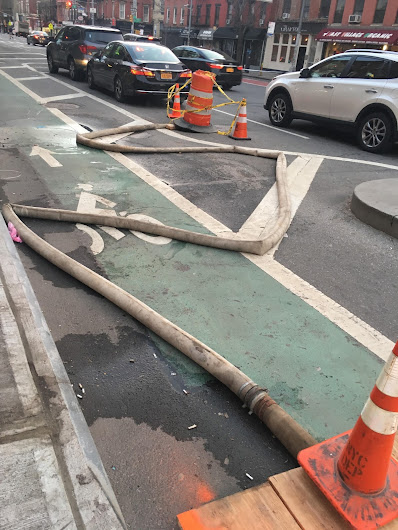 I walked by around 6:30pm and the hole was big enough to swallow the M15.

Now renting, $3000 studio apartment with skylight, in the heart of the East Village close to sidewalks, traffic lanes and crosswalks. Convenient when you take Uber 5 blocks for your morning coffee. Must have good reflexes and not fear ladders.

That's not a sinkhole. It's more accurately called a "collapse".