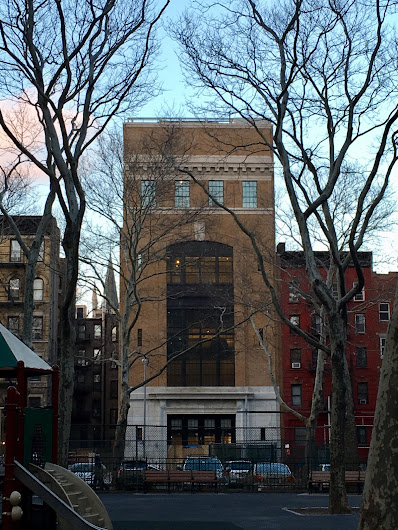 The gut renovations started back in April 2016 at the former Con Edison substation and Walter de Maria studio that Peter Brant is converting into an exhibition space.

The renovated circa-1920 building, which will reportedly serve as an extension of the Greenwich, Conn.-based Brant Foundation Art Study Center, is looking closer to being ready for art.

Here's a (pre-snow) look around the building's exterior, starting with the Sixth Street side here between Avenue A and First Avenue... 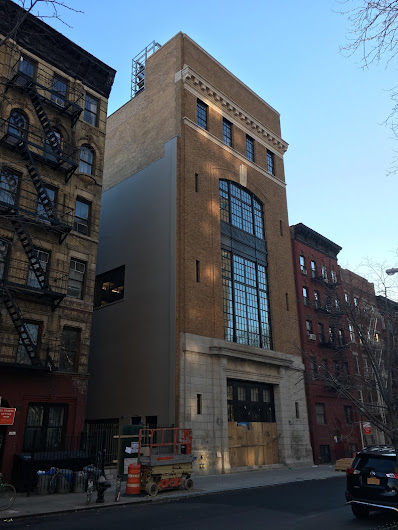 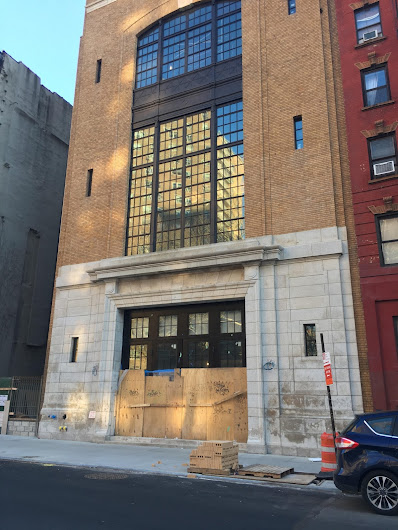 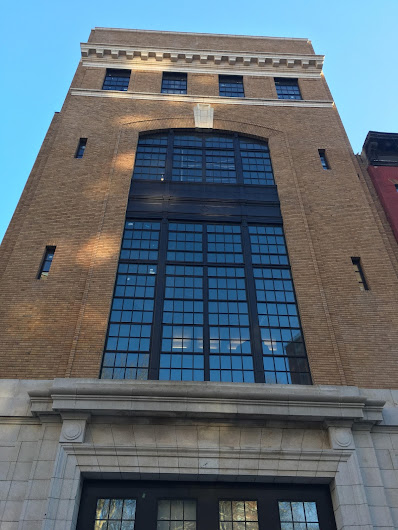 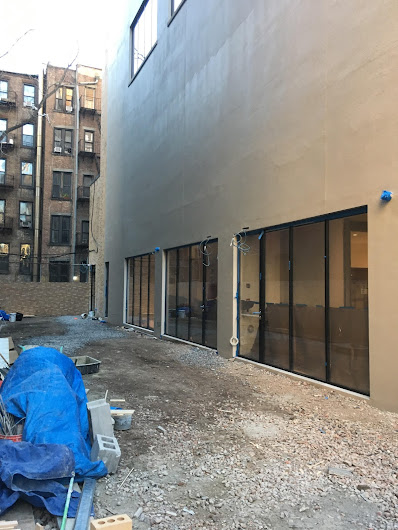 ... and here's a rear view of the building from Seventh Street... 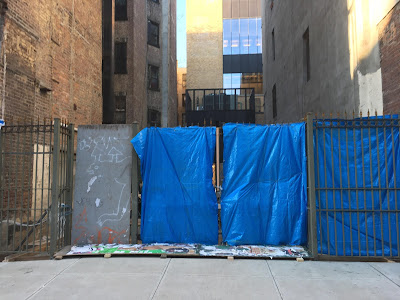 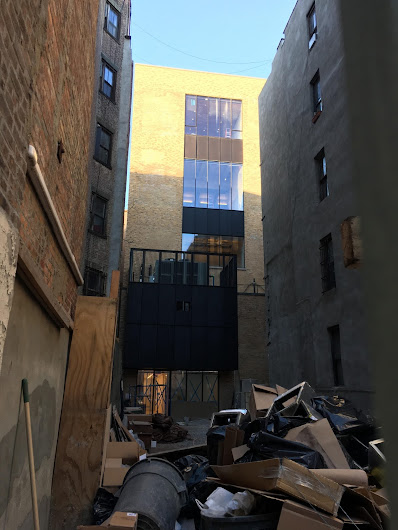 Peter Brant's daughter Allison Brant oversees her father's contemporary art collection. This feature on her in the April 2017 issue of Town & Country reported that the Brant Foundation's EV outpost will open this spring.

Allison will also run this second space, which is in the East Village and will primarily be used to showcase the foundation's permanent collection. "So many artists my father collects have a connection to that neighborhood," she says.

Brant bought the building for $27 million in August 2014.

Peter Brant meets the neighbors
Posted by Grieve at 4:30 AM

It's going to get snooty, loud and crowded over there. It makes no sense to have an art gallery on a residential block, but the East Village has become Eastern East Hampton.

I'm still not clear on the purpose of this space. Will it be open to the public? Is it an exhibition space with art work for sale or a fancy closet for the owner to show off his "etchings"?

I don't think this development will really impact that block as some fear, don't expect a nightclub crowd hanging out although I'm sure there will be parties time to time.

of course it will get snooty welcome to the contemporary or any art collector world... i think this is going to be okay though, the whitney and moma get terribly crowded and are not that enjoyable so if similar artists can be seen here a short walk away? not bad.

This is one of the few developments (another being the Swiss Institute) in the neighborhood that I've actually been looking forward to seeing. I really do hope it turns out to be a serious art space and not a venue for loud celebrity galas.

I bet it is rented out for events. Expect limos and glitter.

If it is going to show a collection that reflects the East Village neighborhood, I look forward to seeing works by Bill Rice, Paul Thek, Richard Morrison, Peter Hujar, Barbara Es, Annette Lemieux, and Meg Webster. Dare one hope that there is a sensibility that recognizes the artistic tradition of the East Village in the 1970s, 80s, and 90s? Or is this going to be a venue for limos as someone suggested earlier?

May be for tax purposes primarily....?
And then open to the public for the "minimum" time

It already looks like it's made for limo caravans.

Dear Brants,
Please hold AT LEAST SOME open days for the public!
Like at least once a month for your poor neighbors in the East Village...the ones desperately trying to make art!
Thank you, Starving Artist