The OTB parlor-bank branch post that you've been waiting for

Heading outside the usual coverage area for a moment... for this item of possible interest to people curious about former OTB parlors and new bank branches.

So! Down at the end of the Bowery at 7 Chatham Square in Chinatown, the OTB has sat empty — its lettering intact — since the New York City Off-Track Betting Corporation closed in December 2010. 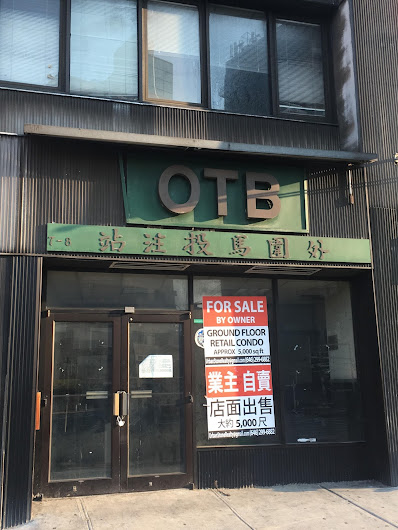 And plywood went up last month... 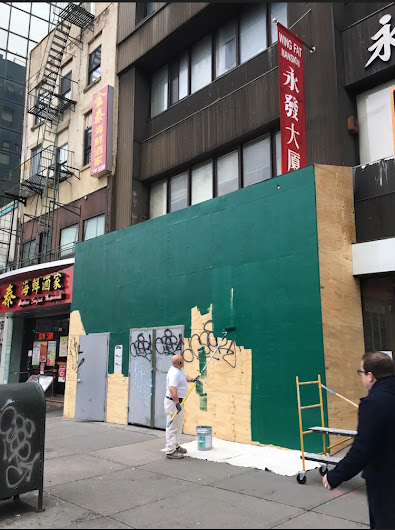 And on Monday, signage for the new tenant made its debut... woo! 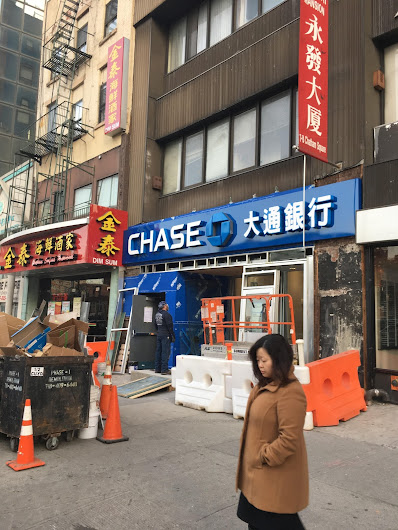 This replaces the Chase branch that was a few storefronts to the north.

Patch first reported on the incoming Chase back in January. Wellington Chen, executive director of the Chinatown Partnership, said that this OTB was the most profitable branch in the city.

Meanwhile, the other branch, Chase, is expected to open next month.
Posted by Grieve at 4:00 AM

OTB: Bet with your head not over it.