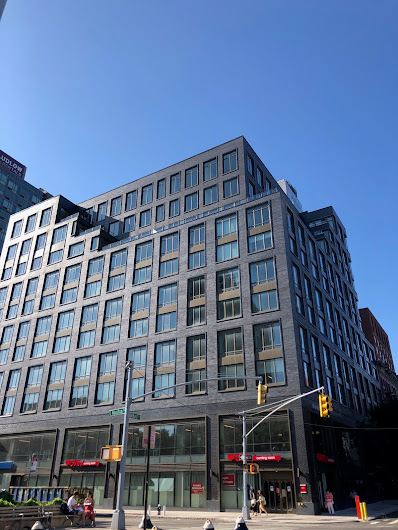 The CVS signage is in place here now in the base of the condoplex on the southeast corner of Orchard and Houston.

And as you can see, this will be another 24/7 outpost for the drug-store chain... 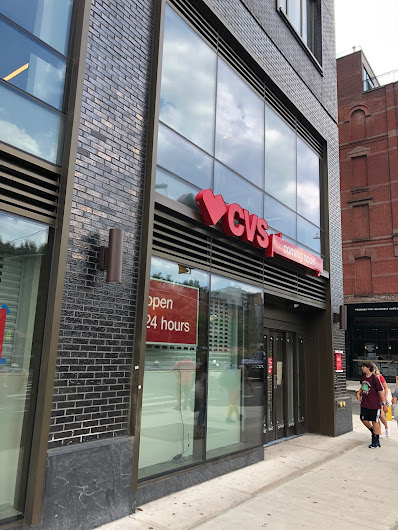 ... which joins Marshalls at this 11-story, 94-unit building constructed in part with hand-laid, gilded-bronze brick imported from Cadaqués. An Equinox Fitness center has the upstairs space. 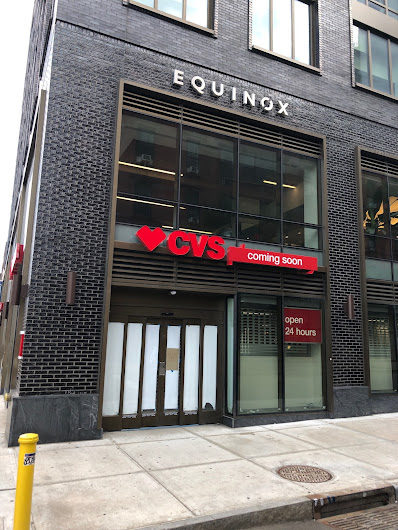 Last month, the developers behind 196 Orchard St., including Ben Shaoul’s Magnum Management, sold the retail portion of the building to the AR Global affiliate New York City REIT for — !!!! — $88.75 million, according to The Real Deal.

This property on Houston between Ludlow and Orchard previously housed a single row of storefronts, including Ray's Pizza, Bereket and Lobster Joint.

Report: retail portion of Ben Shaoul's luxury condoplex on Houston and Orchard sells for a whopping $88 million
Posted by Grieve at 4:00 AM

I walked along the south side of Houston this weekend and it was thoroughly depressing. If it weren't for Katz's, R&D and Yonah Schimmel, I would have thought I was in Anytown, USA.

The good (?) news is there were lines out the door for those 3 businesses.

Those people on line are all tourists. Places like CVS and Marshalls and 7-11 appeal to actual NYC residents. They have low cost items. The hire locals.These places will stay open. Stores that lower income/working class people can shop at are to be welcomed and not scorned.

I walked along this same stretch last night and thought it was great. There was diversity in every sense of the word enjoying a number of businesses, some old and some new. Try not to put a negative Spin on everything!

Oooh, CVS just beneath Equinox - the ultimate malling of Manhattan!

Yes we need more "diversity" like a CVS, Equinox, Whole Foods, etc... besides our home grown places ie Katz's popularity is strickly about the great food and has nothing to do with "When Harry met Sally".