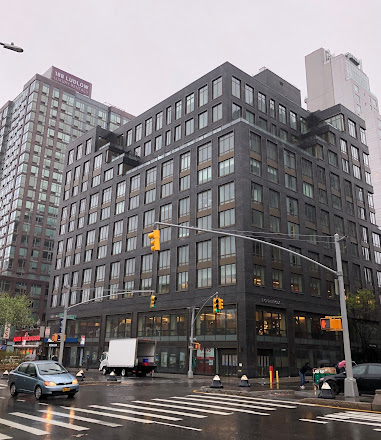 CVS is coming soon to the corner space here at East Houston Street... 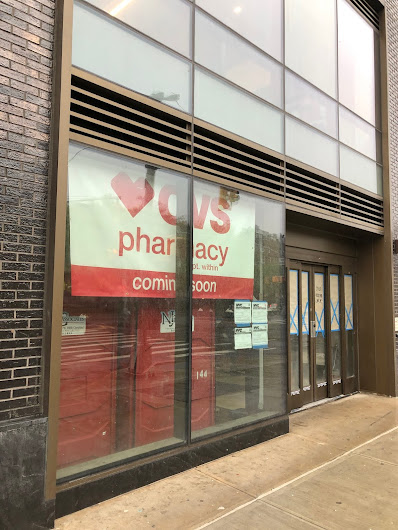 The drug-store chain (FYI originally named the Consumer Value Store) joins the Marshalls in the retail spots of the 11-story, 94-unit building where residential units top out at $5.995 million.

This property on Houston between Ludlow and Orchard previously housed a single row of storefronts, including Ray's Pizza, Bereket and Lobster Joint.

Katz's is now the last business on East Houston between Ludlow and Orchard
Posted by Grieve at 4:30 AM

Epitomizes the change in the neighborhood perfectly - small, local businesses replaced by chains; gold dust on a bland, shoddy building.

Just like the bland, generic people moving in, impressed with gold dust and hype.

The photo says it all. Three hirises where none stood at all 20 years ago. A real estate developer builds a s*#t brown/grey sterile cube and with realtor babble tries to pass it off as a gold brick beauty. I hope a lot of good comes from these developments maybe new NY'ers will grow a soft spot for this midtown south stuff.

Great. Just what we need. Another chain store. Awesome.

Totally reminds me of that idiotic "Goldmember" character from "Austin Powers". "I lufff gooooooold!"

If you are so insistent that people should not patronize chain store pharmacies then stop going into them and start using Block. And, while you are at it, ask Block about their struggles to remain an independent pharmacy. Always a pleasure to vent on a website / blog--another matter to look deeply into the problems of small businesses beyond greedy landlords.

Recently overheard on 2nd Ave: “Look!! They made it look like an old-fashioned drugstore! It must be for a movie..” re: Block Drugs

I was so hoping for a Duane Reade