When the door is open at the incoming H Mart 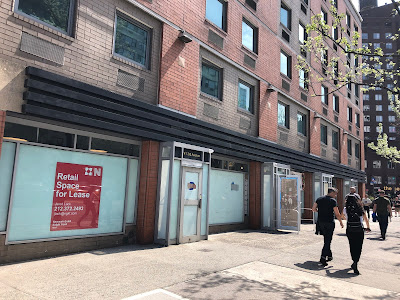 In this week's episode of H Mart is coming soon, EVG correspondent Steven takes a look to see how interior renovations are progressing here along Third Avenue between Ninth Street and 10th Street... 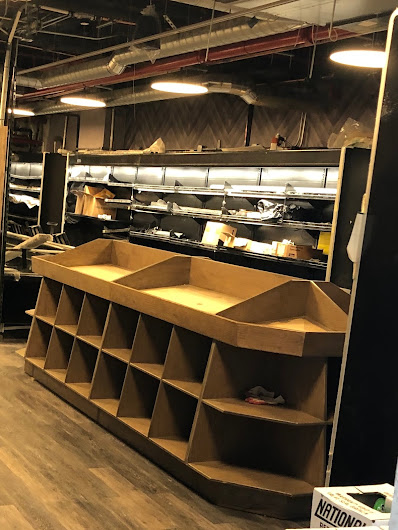 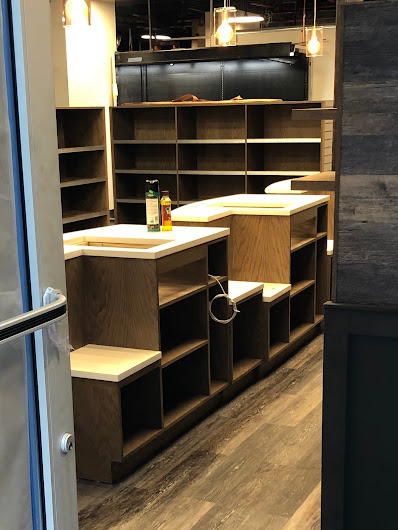 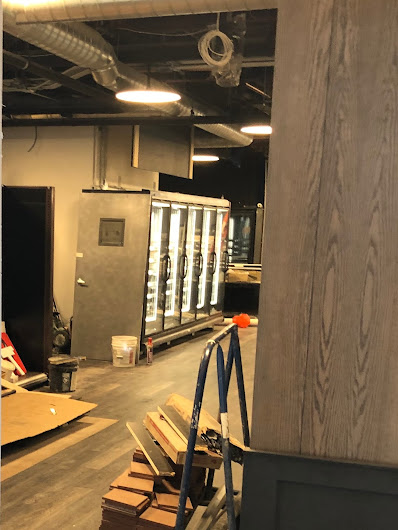 It appears that the H Mart will take four of the six retails spots here in the base of NYU's Alumni Hall ... 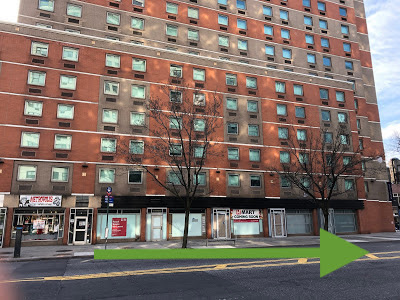 At least two of those retail spots — Birdbath and Citi Habitats — have been empty for nearly five years. The other two empty spots once belonged to a Subway (sandwich shop) and Saint's Alp Teahouse.

We first spotted the branding for H Mart here last August. Still no exact opening date for the specialty Asian-American grocery chain, based in Lyndhurst, N.J.
Posted by Grieve at 4:00 AM

This is a great addition to the Nab. H-Mart brings foods from Korea as well as fresh produce. Now I don't have to go to K-town:)

Hurry it up please. Feel like it's been about three years since they announced.