Cocoa Grinder is closed for now on 1st Street 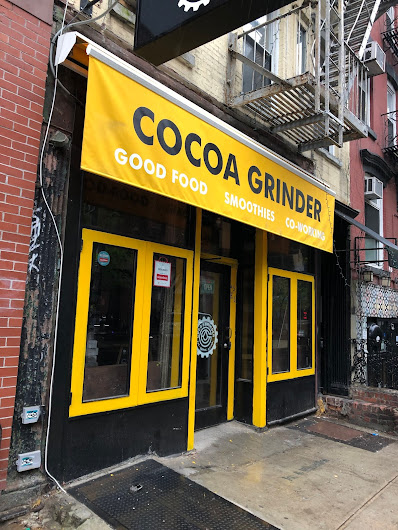 We've had a few queries about Cocoa Grinder, the cafe that had its soft opening at 45 E. First St. between First Avenue and Second Avenue back in November.

Several readers have noted that the space has been dark of late... 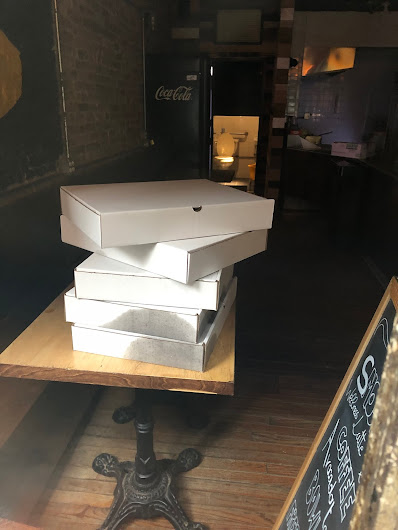 We reached out to the Cocoa Grinder team, who confirmed that they are closed for now. Per an email: "Figuring out if we should open it or not."

This part of East First Street has been a tough block lately. There was the water-main replacement that took months... 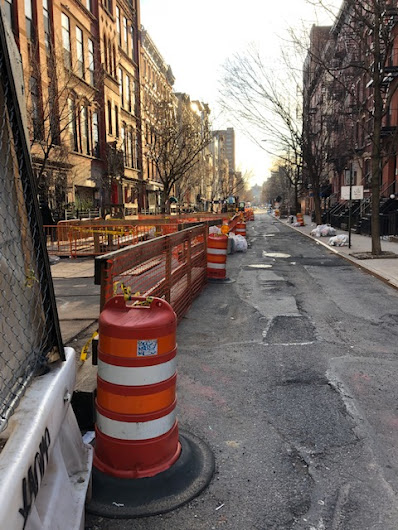 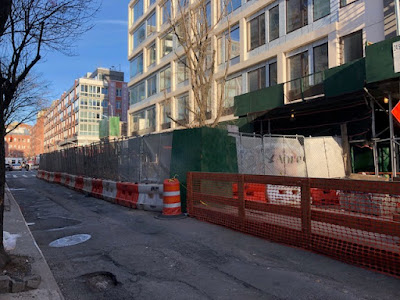 ...and the west end of the block remains choked with construction on the 32 E. First St. condoplex.

There's also ample coffee-cafe competition that's easily accessible at the east end of the block with the Juicy Lucy stand, the Lazy Llama and Juice Press as well as the Mudspot Café in First Park.

What is the fucking point of opening and operating a business here in the east village much less anywhere else in the city? It seems many of these new places can't even withstand six months. What a sad and unfortunate reality.

What a glorious stretch of restaurants that block had 15-20 years ago.